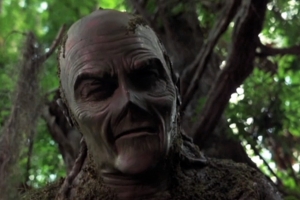 The creepiest, darkest hero in the DC Comics universe, Swamp Thing was one part Frankenstein, one part Beauty and the Beast, and three parts Creature From the Black Lagoon. The comic spawned a Wes Craven film, a campy sequel, and a critically despised TV series, but the vegetal hero became an influential cult favorite after it was reinvented by Watchmen graphic novelist Alan Moore. The comic is likely a favorite of Animal Collective as well, since in the latter third of “My Girls” video, the group literally turns into a trio of Swamp Things.