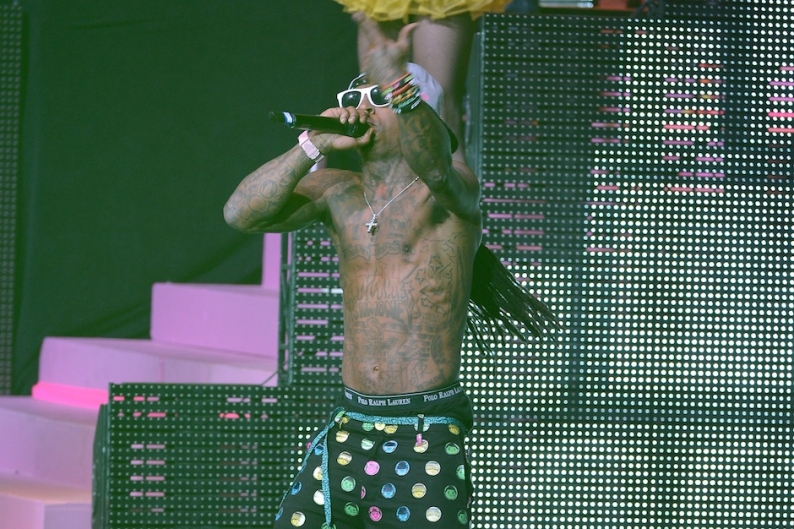 The self-appointed VMAs court jester otherwise known as Lil Wayne is suing film producer Quincy Jones III for using a handful of his songs in a movie about Lil Wayne. That movie, of course, is The Carter documentary of 2009, which famously portrayed the Young Money figurehead as a weed-horking, sizzurp-slurping mad genius on a path to certain self-destruction.

Weezy never liked the thing. In fact, he sued to have it ejected from Sundance the year of its release, but the judge threw out the case. He claimed he’d allowed the cameras access to his life in exchange for the final edit. Instead, he got this “scandalous portrayal” (his words) and has presumably been working on a revenge plot ever since. Looks like he may have found it.

According to TMZ, the film is heavy on hits from Tha Carter III, including “Lollipop,” “Stuntin’ Like My Daddy,” “Pussy Monster,” “Let the Beat Build,” “La La,” “Mr. Carter,” “A Milli,” and “Dontgetit.” The Carter followed Wayne through the ramp up to and release of that album, so the choices were appropriate chronologically if not legally.