The Movie Lil Wayne Doesn’t Want You to See

In behind-the-scenes footage, The Carter chronicles the rapper's restless genius -- and addiction to cough syrup. 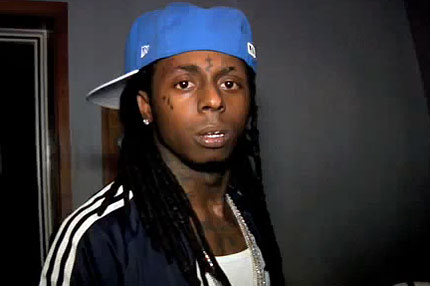 The trailer for a new documentary film about Lil Wayne has leaked to the web — but the New Orleans-born rapper doesn’t want you to see it.

Last April, Wayne filed a law suit attempting to block the release of Lil Wayne: The Carter, a film that chronicles his life — from his constant desire to write and record music to his struggle with opiate cough syrup addiction — in never-before-seen video footage shot both onstage and off. Wayne claimed producers had broken a contract giving him control over the final edit. The judge didn’t agree, and now the doc has been issued a Nov. 17 DVD release. Watch the trailer below.

In the clip, Wayne is seen in a series of smoke-filled hotel rooms, recording studios, and fancy SUVs speaking candidly about rock stardom, music, and his own death. In one scene he’s even caught mixing cough syrup on his tour bus. If the trailer is any indication, Lil Wayne: The Carter is an alarming and controversial work of cinéma vérité on one of pop music’s most iconic figures.

The film’s release is just the latest development in what’s become a very action-packed 2009 for Wayne. He topped the charts with Tha Carter III; launched a U.S. tour with his Young Money crew; plead guilty to gun charges, which carry a one-year jail sentence; collaborated with Weezer; and finally confirmed a Dec. 15 release date for this rock album, Rebirth [Reuters]. Wayne is also in the midst of recording Tha Carter IV, MTV reports.

Watch the trailer for Lil Wayne: The Carter below, then tell us what you think in the comment section!