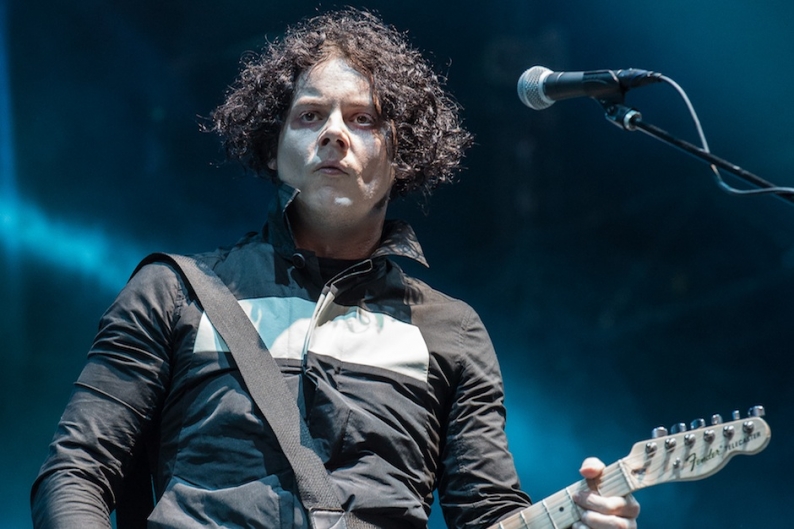 Chatter about Jack White’s abbreviated show at New York’s Radio City Music Hall last night has officially lasted longer than the concert itself. White played a 12-song set before reportedly abruptly leaving the stage (by comparison, the night prior in Boston, he performed 20 songs, which seems to be the average on his Blunderbuss tour). As the New York Observer reports, fans did not react well, chanting, “Fuck Jack White!,” attempting to return merch, and assembling near the backstage exit to protest. Twitter lit up with the hyperbolic hashtag #JackWhiteDebacle.

“The mini-mob became more enraged when deliverymen showed up to bring multiple pizza pies back stage,” notes the Observer, who reports fans waited around the venue confused for a while, unsure whether the singer/guitarist would return since Blunderbuss shows often feature sets by both his all-male and all-female backing bands.

White has yet to release a statement about the show, and speculation over why he cut the set short has led to a variety of rumors — that he was disappointed in the crowd’s energy (he asked, “Jesus Christ, is this an NPR convention?” at one point); that he had a disagreement with a shirtless man in the front row; that he was dissatisfied with the venue’s sound.

Tickets for the Radio City shows ran from $40 to $90 before fees ($53.65 to $106.85 with add-on costs), which means those with the cheapest tickets paid approximately $4.50 a song and those with the priciest seats shelled out nearly 9 bucks per track.

Wall Street Journal writer Barbara Chai tweeted that she had seen White pre-show in his dressing room, when nothing seemed amiss: “Hung out a little with Jack White in his dressing room @RadioCity. He said last time he was in that room was with @thestrokes.”

The Controversially Short Set List:
“Black Math”
“Cannon”
“Sixteen Saltines”
“Missing Pieces”
“Dead Leaves and the Dirty Ground”
“I Cut Like a Buffalo”
“Top Yourself”
“Love Interruption”
“I Guess I Should Go to Sleep”
“Hypocritical Kiss”
“Take Me With You When You Go”
“Ball and Biscuit”