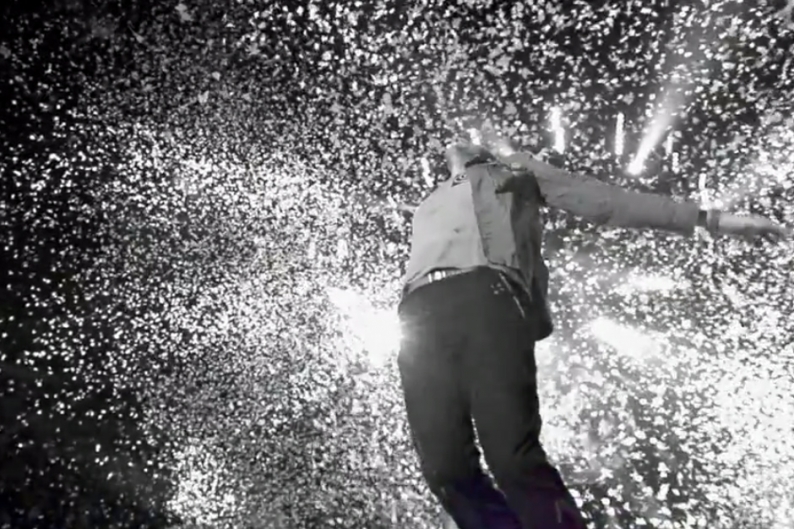 According to Billboard, Coldplay have made more money than any other band on the road this year — to the tune of $99.7 million — so why stop there? Chris Martin’s Technicolor dream warriors have been touring behind 2011’s Mylo Xyloto since the first single dropped last June. More than 3 million have seen the neon-dipped, laser-laden extravaganza since it lifted off, and now even more will thanks to Live 2012, a concert film/album combo due November 20.

Directed by Paul Dugdale (Adele’s Live at the Royal Albert Hall, the Prodigy’s Worlds On Fire), the 90-minute set uses footage culled primarily from three venues: Paris’ Stade de France, Montreal’s Bell Centre, and the Pyramid Stage at Glastonbury. “It’s essentially a film about people,” said Dugdale by statement, “and we wanted to highlight how the band have blurred the barrier between stage and audience.” And also, label coffers and fan wallets.

Martin went on: “[The tour] felt very uplifting right from the start; partly because we are proud of the music, the LED wristbands, the pyrotechnics, the lasers and all of that stuff, but mainly because of the amazing audiences that we’ve been playing for. Over the years, our crowd has become more and more a part of the concert itself. They’re loud, diverse, full of soul, and make the songs sound much better than we can on our own.”

He’s just the sweetest, ain’t he? Cynicism aside, the trailer makes it look pretty freaking awesome, and Martin hints therein that “the darker side of things” — breakups, addictions, maybe an arrest — may be discussed. In advance of the proper physical and digital release, the EPIX network will premiere Live 2012 on TV, online and via apps on just about every platform imaginable on November 17. The band tweeted a Twitpic of the track listing, which we’ve posted below the trailer. 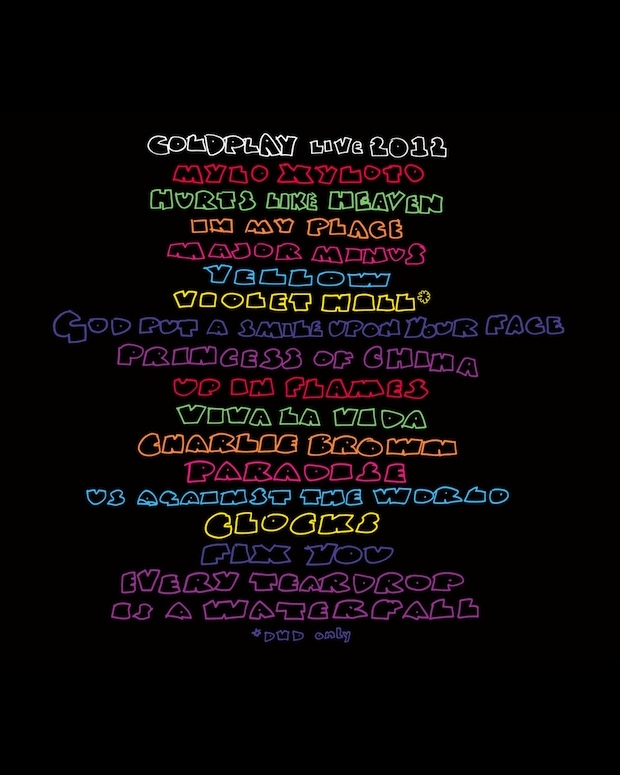