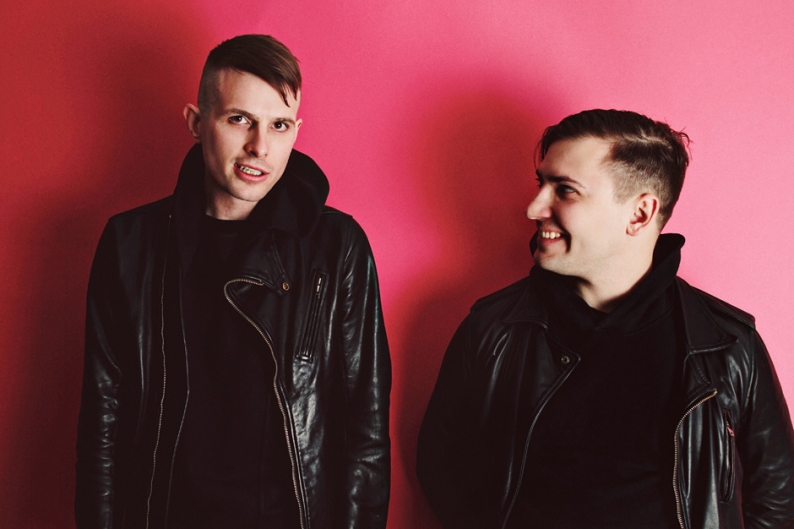 Before Cold Cave are reborn with a new lineup, they’re presenting us with an exquisitely gloomy new single that nods toward, well, death. For the yuks, apparently? “A Little Death to Laugh,” which leading Cave chiller Wes Eisold made all by himself back in February at his new home in Los Angeles, is the title track of a new three-song 7″ single (pre-order here; the first 50 copies will be signed) and it’s inspired by the late poet Tristan Corbiere.

What that means to those of us neither holding the autographed vinyl in our hands nor fluent in 19th-century French poetry is another expertly bleak, brittle slab of synth-based goth-pop from an act swiftly becoming synonymous with that style. “A little death,” in French, has a meaning completely unrelated to mortality, and Eisold’s booming repetitions about “half the love I need / And no more” could point in that direction. Maybe this is where the laugh comes in?

Eisold isn’t offering many clues. “I wrote this shortly after relocating to L.A. around the beginning of the year,” he told SPIN in an emailed statement. “I make a lot of songs but don’t always get around to releasing them.” As for the poet Corbiere: “He struck a chord with me when I got into him in 2005. A friend told me prostitutes denied him due to his physical features and I guess I related to that.” Sacre bleu.

Lockstep, uptempo, declamatory, “A Little Death to Laugh” a song that should fit in perfectly on a playlist beside, say, Matthew Dear’s latest electro-pop songs or John Maus’s scholarly post-punk (de)constructions. Funny or not, it’s a divinely damned fit from a band soon to be opening for Divine Fits.