Next week, Ghostly International will release Beams, the fifth full-length from well-dressed electro chameleon Matthew Dear. It’s a step forward in every way, a record that finds the New Yorker turning to a production team (enter Van Rivers and the Subliminal Kid) for the very first time, pushing himself lyrically and sonically while also making the space to channel his inner 120 Minutes geek. Below, hear the record in its entirety and check out Dear’s thoughts on each song’s birth.

“Her Fantasy”
“Her Fantasy” took many turns along the way as it developed. I knew I had something special when I captured the arpeggiated synth progression that carries throughout the whole song. That was the backbone that you look for when starting a song: Something has to stick, and it was that Korg Poly Six line that did it. I was using the internal clock for the arpeggiator on the synth, so everything else had to be synced later to that one line. The song eventually felt like a house of cards, in which I kept pushing it to its limit, capable of collapsing if I pushed it too far. Every piece of the song fights for its own space. I don’t think I can make as densely a packed song again.

“Earthforms”
Earthforms is by far my deepest delve into a straight rock song. The bass clearly set the tone for this song. I remember tuning the A string down to an E, I believe. It was a lot easier to play the riff that way. I bought a Music Man Stingray bass guitar with dual humbuckers back in Detroit, and this thing has been the only bass I’ve ever owned. It accompanies us on every tour, and is the only bass I use on all of my recordings. Once the drums and bass were laid down, I had a field day writing the melodies and lyrics. It was such a groover. Toward the end of the song, when I sing, “I’m right in front of you now,” I was admittedly channeling my teenage rock dreams of being on 120 Minutes. 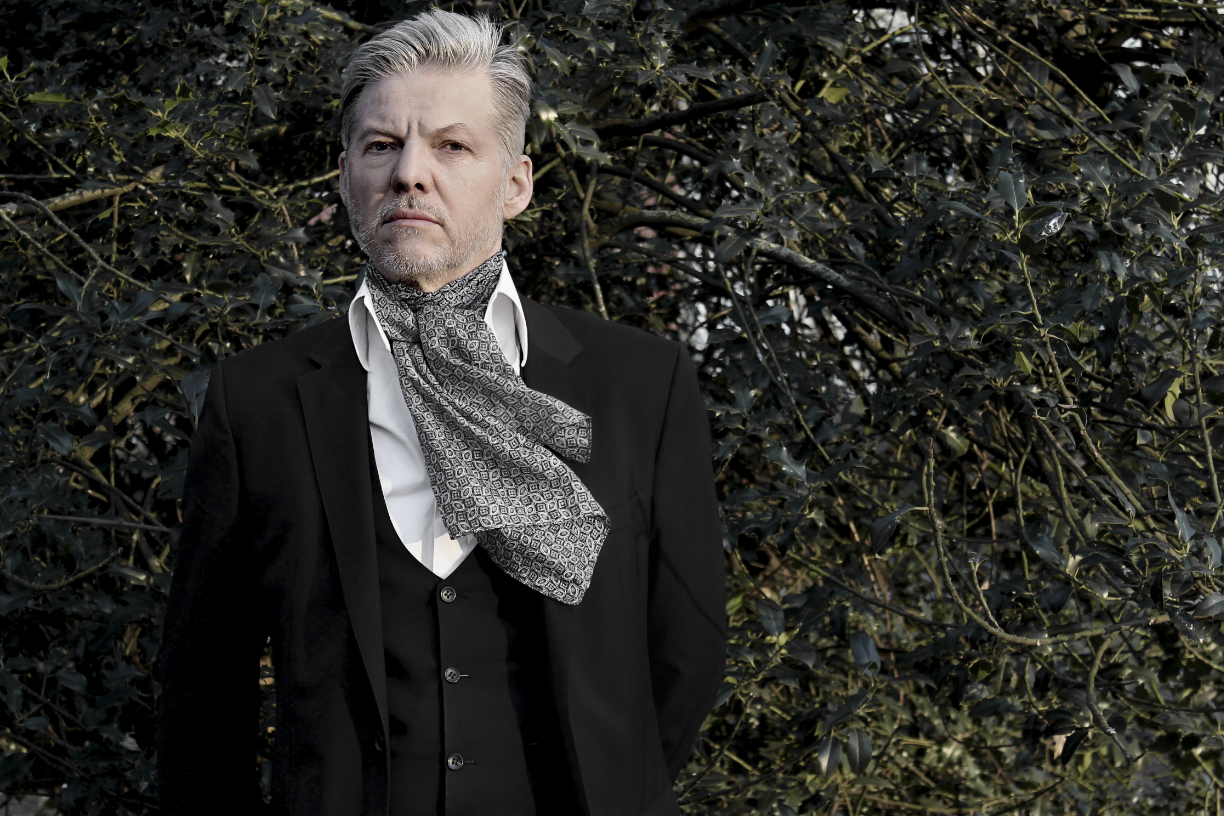 “Headcage”
The demo for this song was much dryer and far more simple. It probably had a lot more in common with a song like “Earthforms” than it does now. I reached out to the production duo of Van Rivers and the Subliminal Kid in Sweden. I’d been a fan of their work with Blonde Redhead and Fever Ray, and had always wanted to let someone else produce a song for me. They turned everything around in a matter of weeks, and simply crushed it. What you hear on the album was their first attempt. A great example of first though best thought in action. When I sing about throwing your rocks in the air, and having fun tonight, I envisioned a teenage boy throwing rocks at his girlfriend’s second story window in the suburbs. He says, “your mama won’t care,” in an attempt to coax her out for some innocent midnight fun.

“Fighting Is Futile”
“Take a trip on something else” is the repetitive mantra of the song. It’s saying “try something new, and move on from yourself at times.” The verses are about a man in love with himself, when he is in love. “I feel exodus, when I feel golden. There’s something deep inside her, when she has spoken.” It then also goes into tones of redemption and solstice. “And it’s like everyone, finds a home in the after life.” You know, more of the stuff we all think about every day. This song was finished before “Her Fantasy,” but “Her Fantasy” references its title in the last verse. The rhythmic backbone of the song comes from a very short snippet of a Who Made Who song. See if you can figure out which part I sampled.

“Up & Out”
This song has been sitting around for quite a while. It almost ended up on Black City, but didn’t completely fit. I’m glad I waited until Beams, as it makes much more sense here. This is a song about a gluttonous musician who rests on the easy life to get them through the world. It’s one of those songs you write where you imagine which paths your life could take, and you decide to play one out in a magnified version on the page. It’s one of my favorite lyrical approaches from my catalog.

“Overtime”
This thing is heavy. I wanted to make a driving Stranglers-style song. Thick pop. I’m pretty sure I redlined everything, and just limited it to death. I wanted to pack as much forceful energy into a tube and send it onto some futuristic motorway where it would bump and edge out other songs sent the same way. It’s about the daily grind in some dystopian city, and the need to push on at all costs. It’s unquestioned labor, and singing while you do it. My voice is about as thick as it gets on this song, as I wanted to convey a multitude of people chanting as they work. “And the relative passage, you have to fade to fade up.”: In essence, this means in order to get to heaven, you have to fade out, to fade up.

“Get The Rhyme Right”
This song was also sitting around for a long while, waiting for the time and energy to be finished. Before “Earthforms,” it was my most rock-laden song. I guess anything with distorted guitars just feels out of the ordinary for me. I got most of the guitar tones on this song using Zvex guitar pedals. I was running a Fuzz Factory through a Seek Trem, and got that ghosted sound. I am a big fan of the rock music David Lynch makes. A song like “Ghosts Of Love” captures the perfect blend of creep and beauty. This song aims at a slightly more dance-floor friendly version of that aesthetic. “Like God, in my disco.”

“Ahead Of Myself”
This is a song of sacrifice. It’s about the slowest song on the album, and has some rather simple, yet effective drum programming. It’s the tale of someone relinquishing themselves onto another, but catching themselves from getting carried away with excuses during the process.

“Do The Right Thing”
“My heart, it weighs about a ton in flames, pouring down from the sun to the ground in mistakes.” When I go into the studio to make music, I go into a headspace that can dive inward at times. This song is for the moments in life when nothing feels right, and regret surpasses optimism. In those moments, you simply have to trudge on, and do the right thing.

“Shake Me
I wrote this song in 2003 alongside Deserter and Gem. With each album, I like to revisit an old demo, and resuscitate it using new techniques. “Shake Me” was once a piano loop and vocals only. I would love to hear this covered by another artist using only a piano and their voice.

“Temptation”
“Temptation” is the most honest song I’ve ever written. It ends Beams the way I’d like, and points toward a familiar future. I still feel a buzz when I hear this song, and I envision it closing the upcoming tours. It will be a spectacular song to play live.