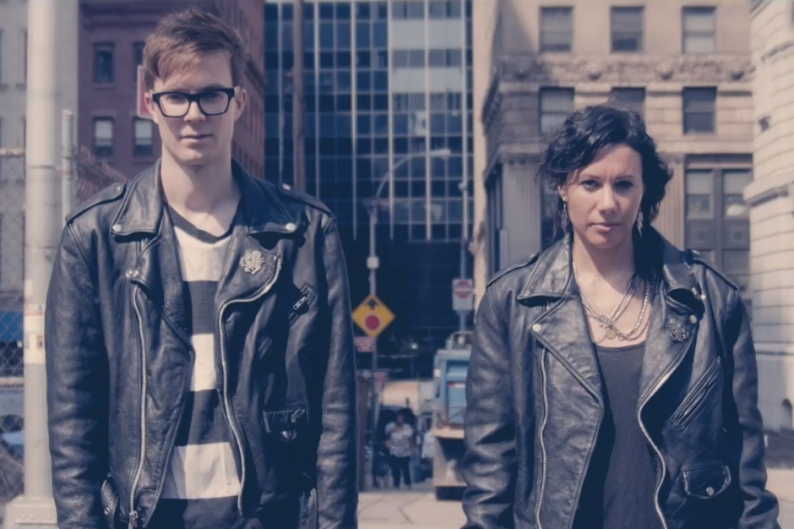 The mad stop-motion genius behind 2011’s incredible Kina Grannis jelly bean video, has made another skull-imploder of a clip, this time for the late Joey Ramone. The video for the punk rock legend’s posthumous single, “New York City,” takes viewers on a careening ride through the titular metropolis with cameos from Tommy Ramone, Anthony Bourdain, Matt & Kim, Andrew W.K., Reggie Watts, members of the Drums and Flatbush Zombies, and a handful of 30 Rock folks (Lutz!) to name a few.

Director Greg Jardin used more than 1,600 photos to create the thing, and the cameos last only a frame or two as one subject morphs into the next, sometimes mid-air. The Big Apple big-upping song is an easy-to-love punky grinder well met by this rapid-fire visual tour of the people and places that inspired its creation. “New York City” hails from Ramone’s final album released earlier this year, …Ya Know? The 15-song set is getting a deluxe reissue on November 23 that’ll come with a DVD and a playble 5″ green vinyl ornament.