Rapper and producer's collaborative 'Thuggin'' EP is out now 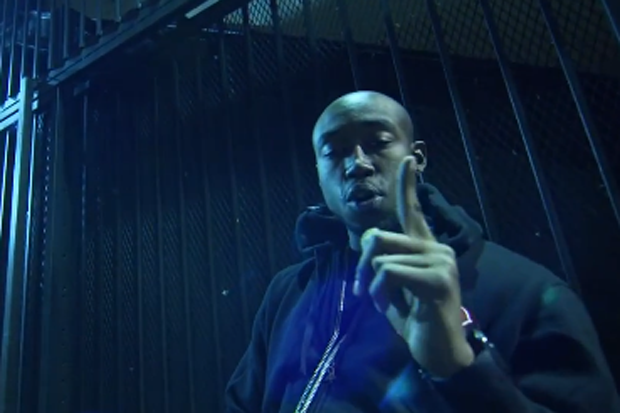 BJ the Chicago Kid, who recently signed to Motown on the strength of his February debut album Pineapple Now-Laters, might be the unheralded hero on “Shame,” from Freddie Gibbs and Madlibs’ new Thuggin’ EP. Madlib’s dusty, soul-steeped production style isn’t inherently an obvious fit for Gibbs’ rapidfire, no-bullshit gangsta rap, but BJ’s old-school but not old-fashioned approach to R&B vocals, well — as glue that holds a track together goes, that’s nothing to sniff at. “It ain’t gotta be the walk of shame,” he sings on a hook that outdoes the Stone’s Throw label’s own Mayer Hawthorne for Delfonics-era silkiness fitted to contemporary language.

The video — directed by Jonah Schwartz, who also did the similarly hyper-real visuals for the EP’s title track — doesn’t follow a conventional walk of shame, however. Instead, as Gibbs rhymes about “gettin’ green by any means,” various women come by his urban home and enjoy his cocaine. As hip-hop journalist Maurice Garland points out, one of Gibbs’ guests wears a “Jesus Saves” T-shirt, where the cross is mixed with a dollar sign. Maybe it’s no surprise that she’s the one who hassles Gibb about his actions. It’s a video you can spend some time marinating in, and the only sure thing appears to be that despite the pillowy quiet-storm accompaniment, there’s plenty of shame to go around.