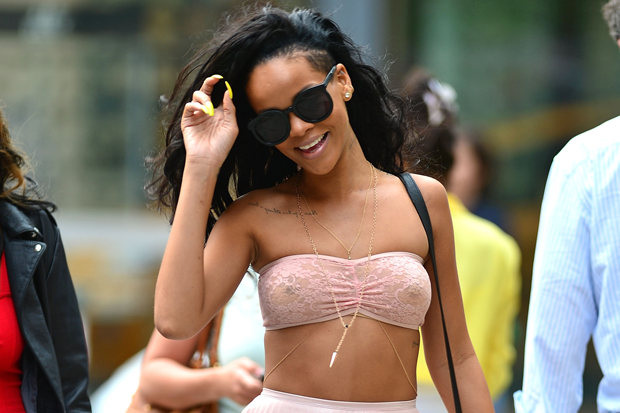 Rihanna has spent the past year singing about oral sex, collaborating with the ex-boyfriend who bashed in her face on a song about oral sex, and tweeting the word “fuck” pretty much every chance she gets, so it shouldn’t come as a huge surprise that she’s lost one of her lucrative endorsement deals. Idolator reports that German body-care brand Nivea has dropped the singer (who is, incidentally, the most popular person at the upcoming MTV VMAs) as its face for advertising, even though previously she had appeared in ads for the company’s 100th anniversary.

Stefan Heidenreich, the new head of Nivea’s parent company, has made an about-face on the singer, claiming that her previous campaign should never have aired. (And before you go on, don’t forget, the same company also propagated and apologized for this campaign last year.) “The advert starring Rihanna was a no-go,” Heidenreich told the German media. “I do not understand how to bring the core brand of Nivea in conjunction with Rihanna. Nivea is a company which stands for trust, family, and reliability.”

Interpret that statement however you wish, but there is no translation necessary when Rihanna tweeted her response to the incident: a photo of Heidenreich with the line “No caption necessary.” And hey, if she’s really unhappy, she probably has the rewards of her other sponsorships to fall back on: tons of Armani to wear and gallons of Vita Coco to drink, not to mention, uh, the money.