Brown guests on Rihanna's 'Birthday Cake' remix, and she returns the favor on his 'Turn Up the Music' 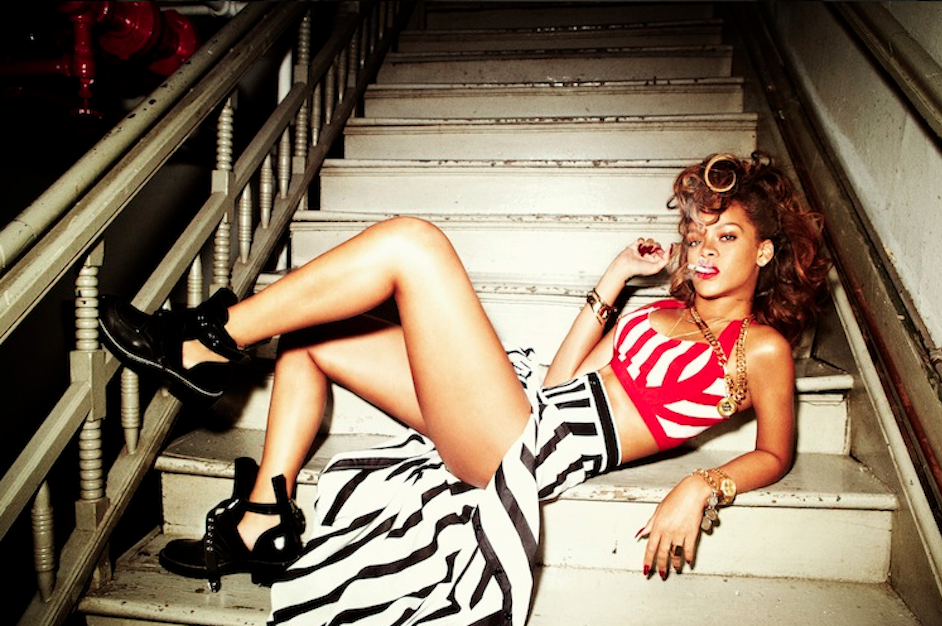 What if Rihanna threw not one, but two birthday parties with Chris Brown … and both were really, really boring? The Barbadian pop singer, who turned 24 yesterday, has reunited with the R&B smoothie on a remix of her Talk That Talk cut “Birthday Cake” along with a remix of his new “Turn Up the Music” single. Of course, the remixes are immediately noteworthy because Brown is currently serving five years of felony probation for brutally beating Rihanna, then his girlfriend, in 2009. Reconciliation! OK, we get it!

Now, we’ve aired our concerns about whether Rihanna’s decision to collaborate with such a widely hated guy is a wise career move. And we’re more than willing to applaud her for her considerable chutzpah — as provocations go, this one makes M.I.A.’s middle finger look like Kate Winslet’s middle finger in Titanic. But as a strictly musical proposition, insofar as anyone who has seen Rihanna’s post-abuse pics can try to focus strictly on the music, these tracks are as forgettable as the Brown-featuring “Umbrella” remix nobody ever needed in the first place (thanks to Four Four for bringing that one back into our lives … sigh).

So. Two remixes, two messages. First: RiRi likes Breezy again! Second: Why does anybody like Breezy, again? Brown’s addition to “Birthday Cake” basically consists of repeating Rihanna’s first verse with little vocal range and even less personality, whinily transforming a track in which RiRi believably declares, “I’mma make you my bitch,” into something deeply tedious. Nor can her contribution to Brown’s four-on-the-floor dance-pop cut “Turn Up the Music” save a track that makes Nicki Minaj’s trend-humping “Starships” sound audacious by comparison — “I love you, baby,” Rihanna sings, in a remix that feels intended more for gossip bloggers than for, you know, actual music listeners. Blow out the candles, and wish for pop stars with better ideas.

“Turn Up the Music”