Phish’s Trey Anastasio Will Make His Indie Move in October

Guitarist's next LP features members of the National, Mates of State 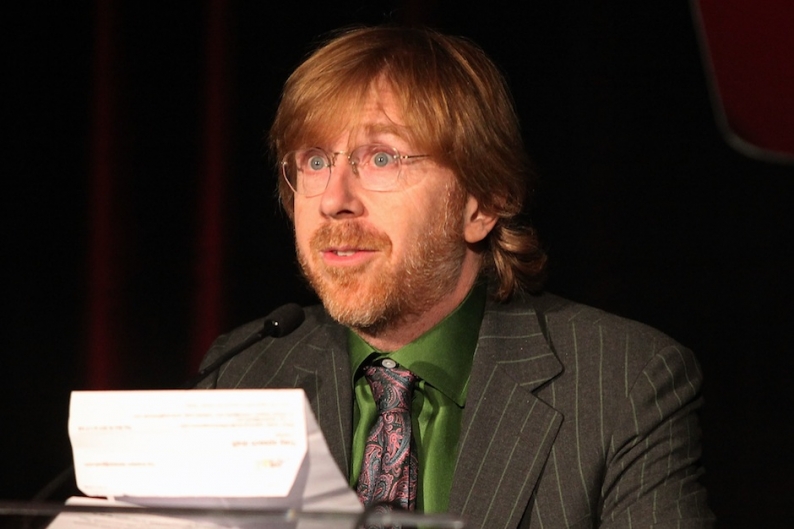 Last December, SPIN reported that Phish phrontman Trey Anastasio was working on a solo album with members of the National and Mates of State. As it turns out, the Phish-head is actually a big fan of indie rock and at one point even convinced his bandmates in the group to learn TV on the Radio’s “Golden Age” to perform live. Producer Peter Katis said at the time that Anastasio “wants to do something totally out of left-field, and from what we heard, the record was to be a mix of Afro-tinged rock and experimental indie pop. A few days after our report, we learned that Anastasio and Katis actually joined the National onstage for a jam in New York. The National even introduced him as “a hero of ours.” We’ve reposted video of the National and Anastasio doing “Bloodbuzz Ohio” below.

The album Anastasio was working on, titled Traveler, is coming out October 16. The record, according to Consequence of Sound, contains guest appearances by the National’s Bryan Devendorf and Matt Berninger, Mates of State’s Kori Gardner and Eda percussionist Samuli Kosminen, as well as members of the Trey Anastasio Band. That group will be touring — maybe with some special guests — in October. Check out the tour dates below the video.

“My goal was to create an album that used the studio as an instrument,” Anastasio said in a statement. “I wanted to work with Peter because he is a master at creating a sonic landscape. We were hoping for a cinematic end result.”