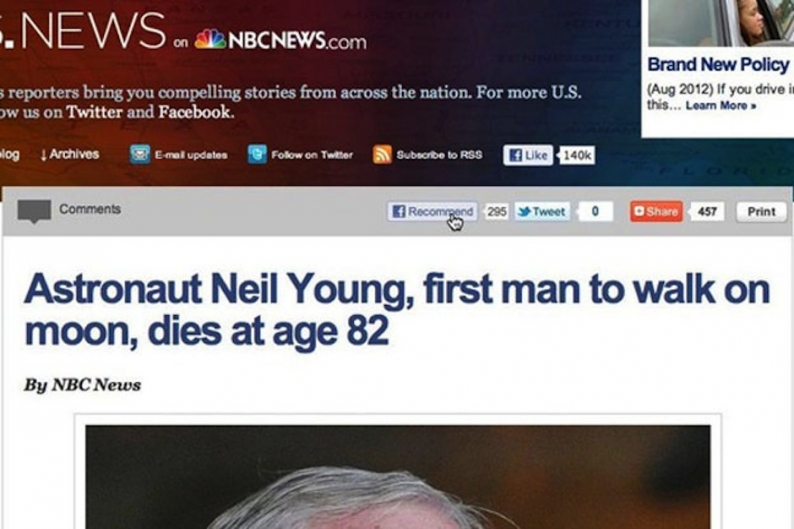 NBC accidentally declared Neil Young dead this weekend while reporting the death of 82-year-old astronaut Neil Armstrong. While the network grabbed a photo of the correct man, its headline barked “Astronaut Neil Young, first man to walk on the moon, dies at age 82.” According to the AP, NBC removed the errant headline after seven minutes and it now includes the correction, “Editor’s note: An early headline on this story briefly misstated Neil Armstrong’s name.” But its image will live forever thanks to the Reddit-er who captured the above screen grab.

Since Young was “dead” five minutes longer than Nikki Sixx, we’ll grant him an honorary membership in our hall of durable rock stars.