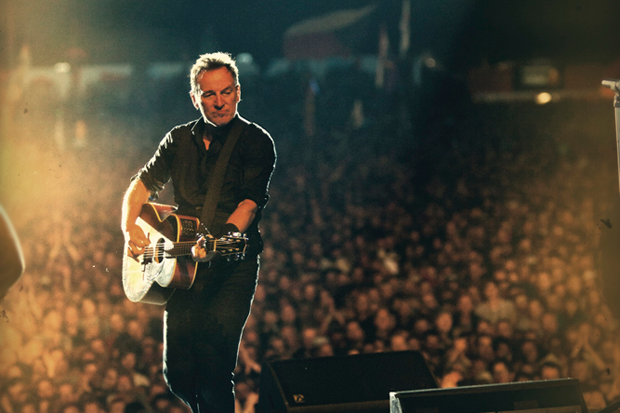 Folks watching Bruce Springsteen’s headlining slot at the Hard Rock Calling festival at London’s Hyde Park were dealt two surprises Saturday night. The first was the appearance of Paul McCartney onstage to perform “I Saw Her Standing There” and “Twist and Shout” with the Boss, and the second was the fest cutting off the superstar collaboration midway through the second song.

The MusiCares People of the Year’s performance, which already featured guest appearances by John Fogerty and Tom Morello, went quiet when organizers cut shut down the power a little before 11 p.m., 30 minutes after the local 10:30 p.m. noise curfew. The E Street Band, as Backstreets reports, responded by leading whoever could hear them in an acoustic rendition of the folk standard “Goodnight Irene.”

E Street guitarist Steven Van Zandt tweeted angrily about the “City [Council’s] stupid [curfew] rule,” writing, “Is there just too much fun in the world? We would have been off by 11 if we’d done one more. On a Saturday night! Who were we disturbing?…I’m sorry but I have to be honest I’m pissed. Like I said, it didn’t ruin the great night. But when I’m jamming with McCartney don’t bug me!”

“It was unfortunate that the three hour plus performance by Bruce Springsteen was stopped right at the very end but the curfew is laid down by the authorities in the interest of the public’s health and safety,” Live Nation said in a statement. “Road closures around Hyde Park are put in place at specific times to make sure everyone can exit the area in safety.”

Some Stateside festivals have let Macca and the Boss go on pretty damn late in the past. The Beatle’s 2009 headline set at Coachella stretched on for roughly three hours and featured encores aplenty, while the Boss’ sets on his 1980-1 River Tour were known to span four hours or longer. Watch the entire 10-minute jam, as well as the acoustic singalong that followed, below: