Good Boss: Bruce Springsteen Is MusiCares’ 2013 Person of the Year

Jersey legend will be honored two days before next year's Grammys 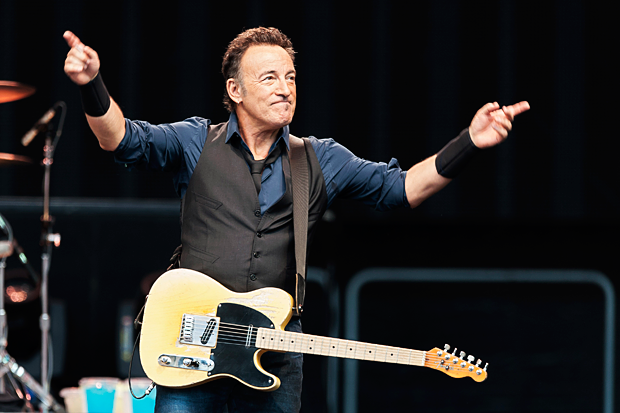 As if to solidify what SPIN’s Brandon Soderberg just said about Bruce Springsteen’s worldwide universality, the Recording Academy’s MusiCares Foundation announced this morning that the Boss will be honored as its 2013 Person of the Year.

“Bruce Springsteen is a truly gifted and Renaissance artist of our time, a national treasure, and an exemplary humanitarian,” said Academy president and CEO Neil Portnow of the Boss’ philanthropy, which have been largely dedicated to homelessness- and hunger-fighting organizations (particularly the New Jersey Food Bank), but has also included contributions to workers’ unions internationally and an appearance at that star-studded Haiti earthquake benefit in 2010. “His career is a testament to the power of creative excellence, and his contributions as a philanthropist speak to the tenacity of the human spirit.”

The award will join Springsteen’s already teeming trophy case, which houses 20 Grammys, two Golden Globes, an Oscar, two Emmys, and a Rock and Roll Hall of Fame induction. Following in the footsteps of past honorees like this year’s Person, Paul McCartney, as well as the two Neils (Diamond and Young), Aretha Franklin, Barbra Streisand, Brian Wilson, and Sting, he’ll be inducted at the annual gala on February 8, 2013, two days prior to the Grammy Awards, which will be broadcast on CBS on February 10 at 8 p.m. ET/PT. If you want a preview of how articulate his acceptance speech will be, check out his recent Wrecking Ball tour documentary.

The announcement comes on the heels of the Academy’s recent yielding to a year-long protest mounted by thousands of musicians affected by its 2011 decision to chop 31 Grammy award categories. (It reinstated the Latin Jazz Album category and added two new ones.)