Brooklyn's Here We Go Magic have developed an eclectic, spellbinding sound that has won converts in Grizzly Bear and Thom Yorke. What they haven't found is stability. David Bevan reports on a band in danger of slipping through the cracks. 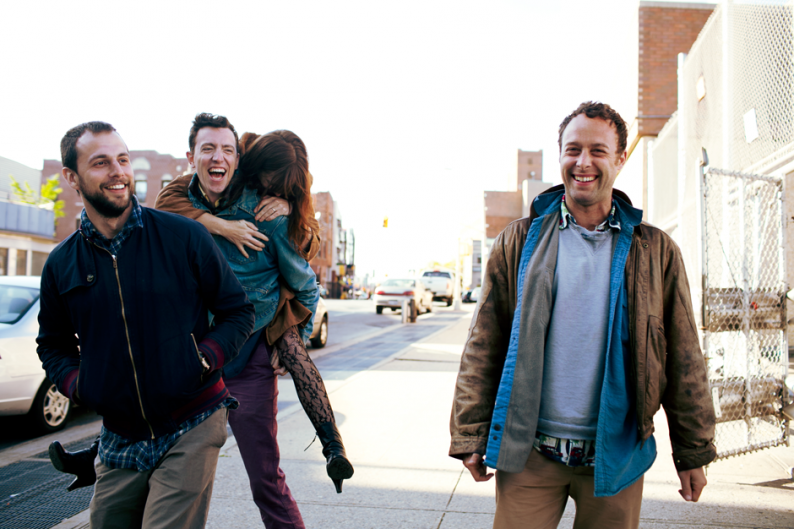 It is an especially languid May afternoon in Williamsburg, Brooklyn, and inside a dark cafe on Bedford Avenue, Michael Bloch and Peter Hale, both of local outfit Here We Go Magic, are going over tour particulars, exchanging van rental information and photocopies of their passports, saying goodbye before the former boards a flight to Paris in the evening. One week ahead of a string of shows in London celebrating the release of their third full-length, A Different Ship, Bloch is going to spend a week with his girlfriend, a French business student he met two years ago during Here We Go Magic’s first trip to Paris. The story of how they met and how they came together is no less unlikely and mystifying than those that have also shaped his band’s course since they began performing together as a unit three years ago, most of which have yet to provide them with the sort of hook or narrative that a new band needs in order to distinguish itself, to find an audience. They are, instead, still searching for a way to thrive.

It was the summer of 2010. Alongside founder and chief songwriter, Luke Temple, Bloch sat down with a bottle of white wine along a terrace in the rarified Saint-Germain-des-Prés district of Paris, across the street from an ice cream shop where Bloch was struck by a girl hard at work, one he felt like he needed to approach. “I didn’t speak French,” he says, “but I tried to invite her to come with me to see Animal Collective.” She declined, turned her back on him, and resumed scooping ice cream. But the next day, he and Temple would see her again in the street, walking with a group of friends.

“Wait,” Hale interrupts, leaning forward, his palms flat on our table. “You saw her again?”

“Yeah, we saw one another on the street,” Bloch says. “She was with some friends and we all ended up going for drinks, which eventually became dinner.” But at the end of the evening, when Bloch tried to say goodnight, she grew upset. “Fuck you, you stupid American, you just want to fuck me,” Bloch remembers her shouting, recreating the scene with withering, heavily accented English. “She pushed me, jumped into a cab and left.” A year would pass until they saw one another again. A lot would change.