"The music selection was a poor choice and was not intended to be linked to any news story," network says in statement 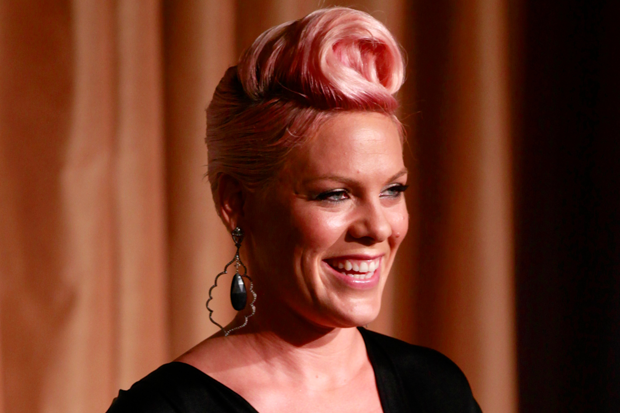 When CNN ran a photo of comedy wellspring Sarah Palin holding a bag of Chick-Fil-A’s chicken on Sunday, the news network accompanied it with a song by Pink — a number from 2006’s I’m Not Dead called “Stupid Girls.” Less than year after the Roots welcomed former Republican Presidential hopeful Michele Bachmann onto Late Night With Jimmy Fallon by playing Fishbone’s “Lyin’ Ass Bitch,” it seems like another instance of someone with a little bit of musical savvy (and an equal measure of misogyny) stepping in to make a not-so-subtle statement.

Although the source of the music has yet to be explained, CNN commented to MediaIte, “The music selection was a poor choice and was not intended to be linked to any news story. We regret any perception that they were planned together.” The story was about how Palin stopped by a Houston Chick-Fil-A and tweeted that she wanted “to support a great business” — one that has come under scrutiny lately for its opposition of same-sex marriages — and anchor Randi Kaye introduced it by saying, “Sarah Palin is apparently hungry for chicken and controversy,” which is just offensive for being so cheesy. You can watch video of the juxtaposition below.