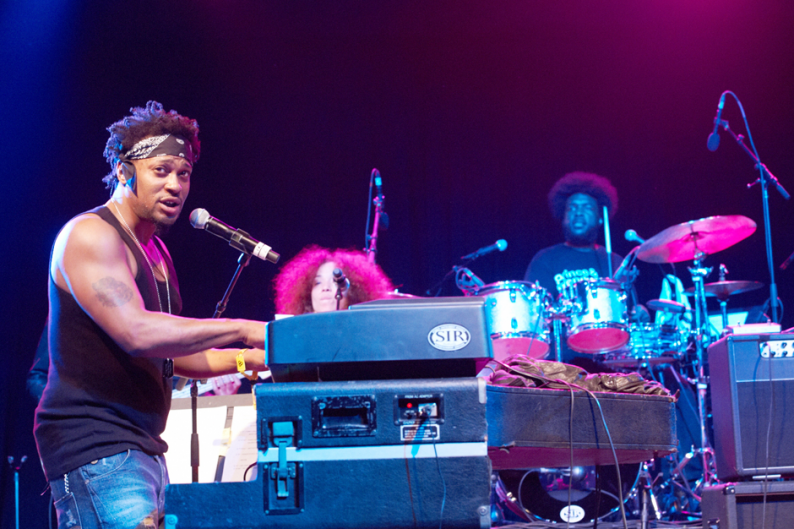 Earlier this year, neo soul singer D’Angelo performed his first concert since 2000 in Stockholm, but the reclusive singer’s unannounced appearance during ?uestlove’s superjam at last weekend’s Bonnaroo Festival marked his homecoming. For his first U.S. show in over a decade, D sang covers of Sly Stone’s “Babies Making Babies,” Led Zeppelin’s “What Is and What Should Never Be,” the Time’s “My Summertime Thang,” the Beatles’ “She Came In Through the Bathroom Window” with sometime P-Funk singer Kendra Foster, and more. And, as SPIN’s Chris Martins reports, Questo ended the set by saying “You were here! You saw it!” with his own disbelief. Now, if you weren’t there and you didn’t see it, you can at least hear it by streaming the singer’s full, 90-minute set here (thanks to Hypetrack via the Fader).