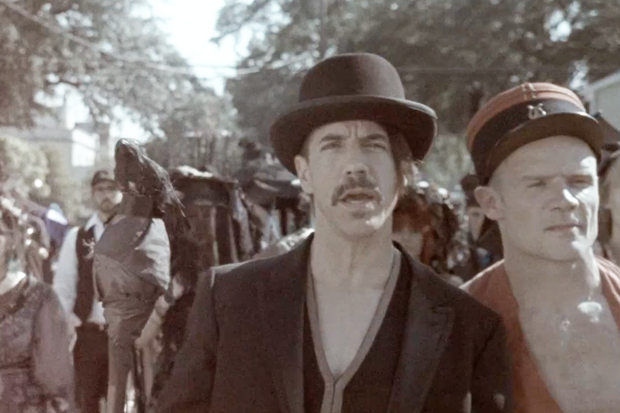 The first day Red Hot Chili Peppers ever played together with new guitarist Josh Klinghoffer, as bassist Flea told SPIN a year ago, the L.A. alt-rock funksters had just learned about the death of a close friend. That friend was much-missed author, punk icon, and former SPIN contributor/pithy-quote-provider/letter-writer Brendan Mullen, who died in 2009 at age 60. RHCP’s latest LP, I’m With You, pays mournful tribute to Mullen on “Brendan’s Death Song.” Directed by Marc Klasfeld (Katy Perry, Jay-Z, Kid Rock), the track’s video gives its subject a proper jazz funeral, RHCP-style, down in New Orleans. “It was a poignant moment for us,” Flea said of the writing of the song. “It was an emotional thing.” So is this video.