Brendan Mullen, club owner and author of L.A. punk rock history We Got the Neutron Bomb, passes away due to a stroke. 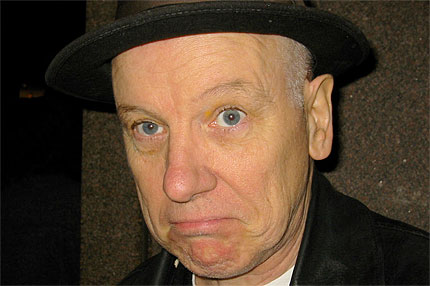 Every flourishing music scene owes a lot to scores of people who didn’t release any singles or play any shows. Brendan Mullen, who passed Monday in Los Angeles at the age of 60 after suffering a massive stroke, was one of those good folks. Without him, the first fiery wave of L.A. punk would have been very different — and far less well remembered.

Mullen is probably best known for his books We Got the Neutron Bomb: The Untold Story of L.A. Punk, written in 2001 with ex-SPIN staffer Marc Spitz, which gave the oral history of the city’s punk beginnings, and his biography of the destructive Germs frontman Darby Crash, 2002’s Lexicon Devil. Both provided valuable counterpoint to the London and New York City-based punk rock histories that had already been offered.

But L.A. punk vets knew Mullen as more than an author. His club, the Masque, which he opened in 1977, provided a home for just about every legendary band that came out of the scene: X, the Dickies, Fear, the Go-Gos, and on and on. Later, Mullen laid claim to booking the city’s first hip-hop shows, further demonstrating his unerring gift for being, as he put it, in “the wrong place at the right time.” He will be missed.