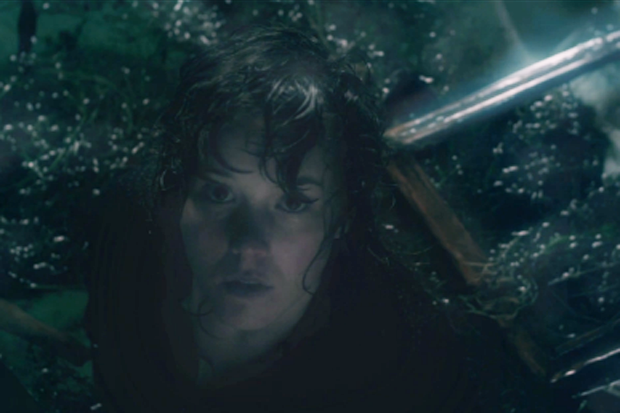 For those who have been burned before, Purity Ring offer hopeful evidence that the blogosphere can still rave about a budding new act without killing it before it comes into full bloom. Along with “Odebear,” “Ungirthed,” and “Lofticries,” the eerily pulsating “Belispeak” is one of only four tracks the dark electro-pop duo has officially made available so far in advance of debut album Shrines (due out on July 24 via 4AD and Last Gang). The song’s new video underscores why that small handful of tracks has been enough to gin up unreasonable levels of cautious optimism about the Canadian group’s upcoming record.

Directed by Brewer (whose previous work includes videos for the War on Drugs and Steve Aoki), the visuals masterfully complement and expand upon the song’s wraithlike spell. In live shows, vocalist Megan James and producer Corin Roddick loom in front of a brightly colored backdrop, threatening to bang a giant gong, but here James is plunged into a shadowy, fantastical realm of inky water and slithering beasts. “Drill little holes into my eyelids,” she coos tenderly, atop a pitch-tweaking instrumental bed that splits the difference between the Knife’s Silent Shout and Clams Casino’s Instrumentals mixtape. Watch with your eyes wide shut.