'World, You Need a Change of Mind' indie-dance highlight gets demystified in a low-key clip 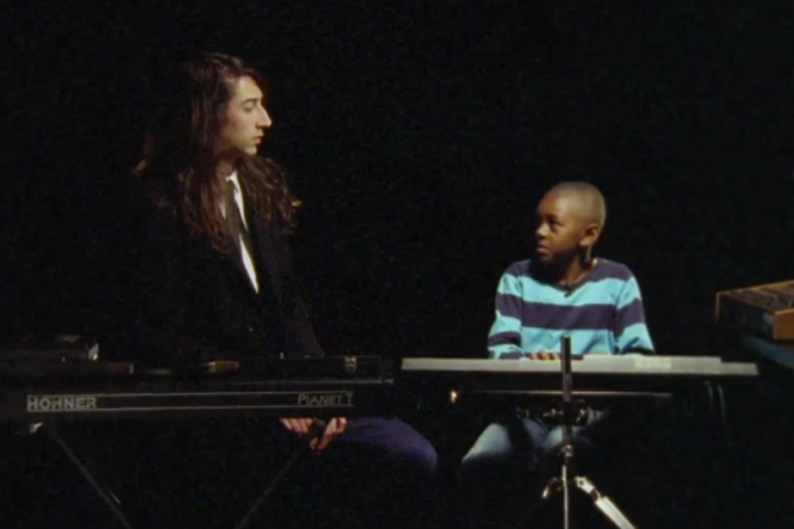 Far from being necessarily opposed, technique and emotion tend to complement each other in pop music, the new video by British singer-songwriter Adam Bainbridge suggests, reinforcing a longstanding truth. If the biggest rap against Bainbridge’s painstaking indie-dance debut World, You Need a Change of Mind is that it prioritizes smooth surfaces over idiosyncratic expression, then the charming, low-key video for “House,” a sweetly sentimental standout from the album, highlights how that can be a false dichotomy. Beauty is truth, and vice versa, or whatever, and the kids, well, they’re all right.

In fact, the “House” video continues the process of demystification Kindness began in the project’s previous videos. Where the clip for “Cyan” showed its cameramen and even an obvious studio set while following Bainbridge through various urban locales, and the visuals for “Gee Up” broke away from vintage-style performance footage to interject a conversation about the album, “House” takes the form of a mini-documentary, where Bainbridge shows a kid how to play the song’s drum-machine parts. “Let’s look at how the song is put together,” the lustrous-haired performer says, after a wryly ponderous introduction.

Again, the “House” clip isn’t exactly a conventional video — it stretches the three-and-a-half-minute original to about seven minutes — but the choice of visuals helps reveal how studio perfectionism can result in the kind of sounds that affect us on a childlike level. After tinkering with drum and keyboard sounds, Kindness and the project’s new young friend dance and sing along with the original track. “You oughta love someone,” child and Bainbridge murmur, and the words are simple, yes, but not in a way that’s so different from the bare-bones but universal themes in the music of more rock-oriented artists such as, say, Girls. Or, as clear Kindness influence Arthur Russell sang on his avant-garde disco epic “In the Light of the Miracle”: “I love you, and that’s all.” See? Pop music is kids’ stuff.