Kindness, ‘World, You Need a Change of Mind’ (Female Energy/Polydor)

When the New York Times recently raved about World, You Need a Change of Mind, the debut by Peterborough-born Brit Adam Bainbridge under the name Kindness, critic Jon Caramanica noted the “proper four-on-the-floor exuberance” of a “modern disco record.” Yet, considering the album’s astonishing maturity, there’s far more going on than some faithful approximation of disco’s late-’70s heyday: A full four decades of the genre’s myriad shapes and throbs are coursing through Bainbridge’s lithe, boyish frame.

Take the album title itself, a play on what’s often considered the first proper disco song, ex-Temptation Eddie Kendricks’ “Girl You Need a Change of Mind,” whose eight minutes — including a lengthy rhythmic breakdown and buildup — soundtracked David Mancuso’s earliest Loft parties. The song suggests a halcyon moment before disco was codified into certain identifiable traits, a time when Barry White, slick jazz fusion, Chicago, African hornmen Manu Dibango and Fela Kuti, Euro-weirdos like Cerrone and Giorgio, and hell, even the Rolling Stones, might get spun by DJs attempting to make bodies move, be they black, white, or Latino, gay or straight.

“When we dance, we’re all the same,” Bainbridge murmurs on sumptuous opener “SEOD,” before multiple layers of his own vocal harmonies come together to announce, “Try to lose yourself in sound.” Easy. Between his crystalline pipes and the punctilious production of Philippe Zdar (one half of French house icons Cassius), the duo touch not just on pre-Comiskey Park demolition disco, but all that comes after it: ’80s boogie and freestyle; the chucking, quicksilver licks of Chic’s Nile Rodgers; the loose-booty low end of Parliament; Trouble-Funk’s go-go; Jam & Lewis’ R&B muscular Frankie Knuckles house; even, in the album’s biggest misstep, the mushroom jazz that infects “Bombastic.” This attention to sound is both the album’s biggest strength and its most glaring weakness, as Bainbridge emphasizes clinical analysis rather than hedonistic synthesis. 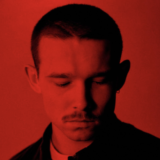 It’s easy to trace the source of Kindness’ knack for replicating every layer of disco’s strata: Arthur Russell. The musical polymath’s mix of left-field disco moves from the late ’70s and early ’80s pointed at a futuristic, all-inclusive vision of dance music before his passing in 1992, whereupon that body of work was all but overshadowed by a 21st-century renaissance of his never-released indie-pop work. So while Bainbridge’s mumblecore expertly mimics Russell’s pop songs from Calling Out of Context and Love Is Overtaking Me on a song like “Cyan,” the productions that he and Zdar really lionize are loose-jointed, lesser-known classics like “Kiss Me Again” and “Tell You Today,” though they never achieve Russell’s mutant-disco grandeur.

Such adventurous dance-floor fare colors much of Change of Mind, especially on the album’s covers. There’s the cheeky bass wobble of “Anyone Can Fall in Love,” which wraps an excruciating English soap-opera theme song in cheese and satin sheets. The wobble of Trouble Funk’s “Still Smokin’ (Hug a But)” remains wholly intact on “That’s Alright,” augmented by a dog-pile of gated drums, treated horns, and audacious bass bombast. But you can also hear Bainbridge losing his taste for the nightlife on the stunning “Swingin’ Party.” An update of a song by those decidedly un-disco louts the Replacements (off Tim), it’s here transformed from a ramshackle garage-rock strum to Paradise Garage sublimity.

That Bainbridge has songwriting acumen to go with his production ear might make him the most tenable bridge yet between dance music and the current state of indie rock. That he’s crashed on Grizzly Bear’s couch makes a peculiar type of sense, as Kindness might actually be that band in an alternate universe. How would Edward Droste’s choirboy vocals sound on house tracks beyond that Fred Falke remix of “Two Weeks”? What if Chris Taylor didn’t save his dance productions for Twin Shadow and Blood Orange, but instead pumped up his main gig until it appealed to true “bears”? Or what if Ben and Jimmy didn’t give up on the Postal Service, but finally got around to dreaming another dream of Evan and Chan? Pipe dreams still, but World, You Need a Change of Mind is the sort of meticulous disco opus that similarly dance-afflicted, indiecentric music makers have never quite mastered.