SPIN hits the studio with J Mascis and Co. 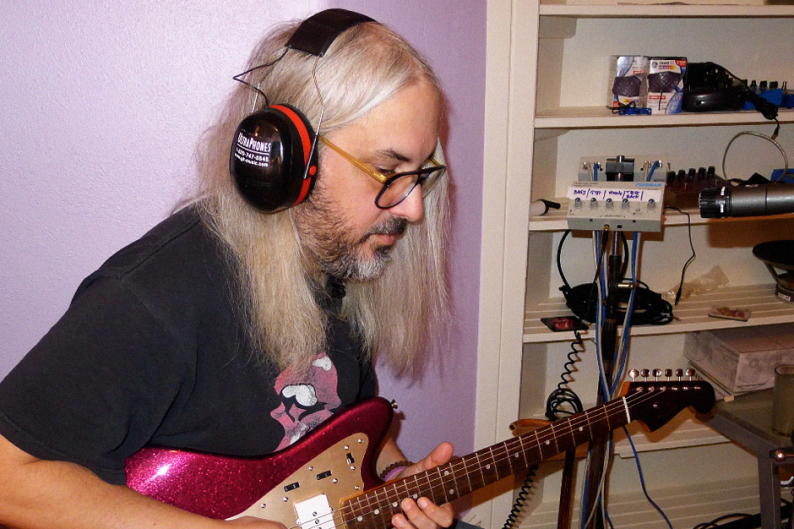 Outside the Mascis family home in Amherst, Massachusetts, Lou Barlow rests his head on his steering wheel, focused on a song that’s forcing his small grey pick-up to shiver and shudder. He’s currently hearing the latest mix of “Rude,” a growler he’s added to the family of 13 that he and his Dinosaur Jr. bandmates are hearing back in full for the first time since tracking for their forthcoming full-length began in early February. And as Barlow comes plodding into the kitchen through a side door moments later, he proffers some simple feedback for producer John Agnello: “More grinding” on the guitar sound. “So you’d like more attitude on the guitar then?” Agnello asks. “Nah,” Barlow says. “Just more grinding. Alongside the bass.”

Spiked with a layer of keys, it’s a fleet-footed cousin to the vocal-less, locomotive cut guitarist J Mascis — SPIN’s 5th best guitarist of all time — is listening to on repeat at a stereo downstairs, his eyes cast forward. Its “working title,” Mascis purrs, is “Downtown” and it’s as muscular as one might expect. For the past week, Mascis has been fighting the flu while working on guitar overdubs in isolation, pasting leads and solos to what sounds to be another remarkable addition to a catalogue that only seems to grow stronger. Today marks the first time they’re all listening back together. “Shredding,” Agnello bleeps, as he cues up an updated mix of “Rude” for Barlow and Murph, replete with more grinding on said solos. “Shredding. This is a shred affront.”