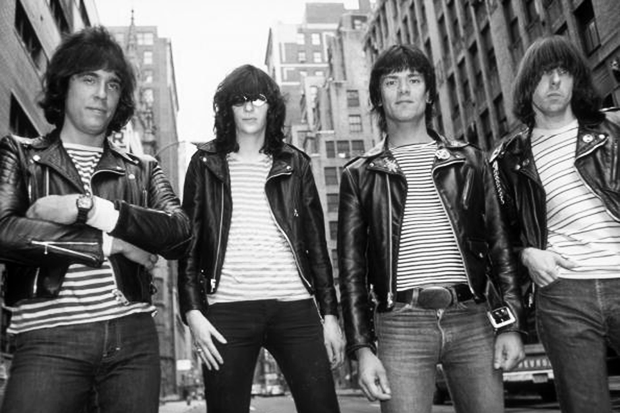 If buzz bands think they’re the first ones to pen a snarky bio, the Ramones have a few words. Yesterday, one of the band’s early one-sheets ever-so-conveniently (just before Joey Ramone’s posthumous LP drops) showed up on the Facebook page of legendary New York club CBGB. Penned by drummer Tommy Ramone, the letter would like you to know that they are “not an oldies group,” or “a glitter group,” and they don’t play “boogie music” or “the blues,” and that they are more like “a hundred howitzers going off,” or perhaps “a fast drill on a rear molar.” We’re also lucky, as they informed potential bookers in 1975, when the note was sent around, that Johnny, Joey, Dee Dee, and Tommy didn’t become degenerates or dentists (via TwentyFourBit). 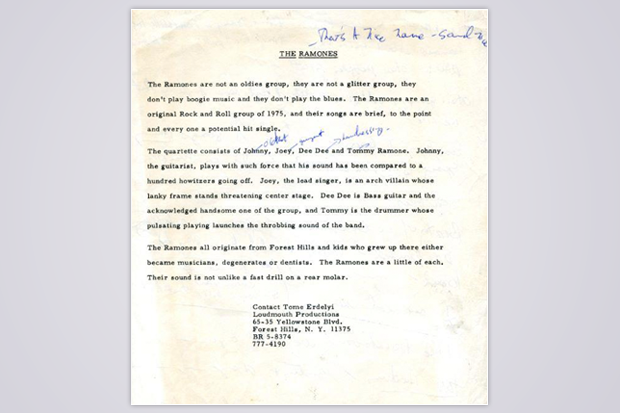