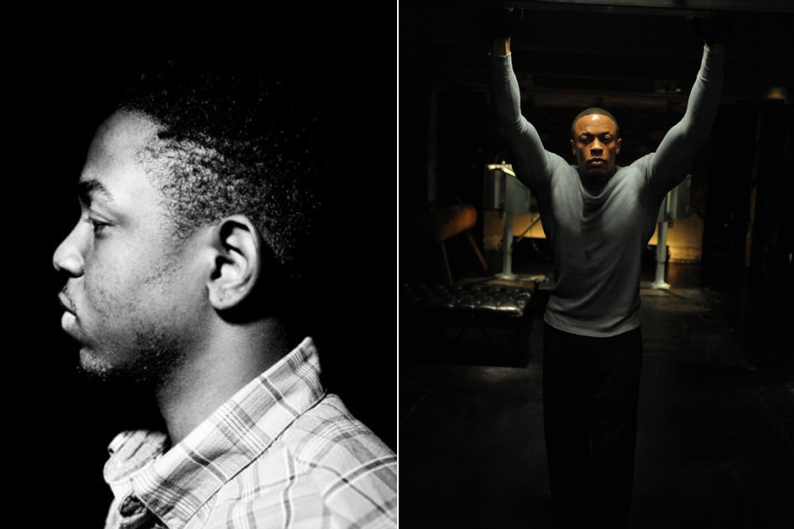 Fast-forward to Coachella later this month. On the last night of each of the festival’s two weekends, Dr. Dre will be headlining with Snoop Dogg. If recent weather patterns hold, sweaty fans will be cooling down after a sweltering 90-degree day. And, just maybe, decades-younger Compton rapper Kendrick Lamar will join his new Aftermath Music boss onstage for a moment-perfect rendition of slow-burning Southern California ode “The Recipe.”

With a Lamar-sung hook that languidly flaunts L.A.’s “women, weed, and weather,” Lamar’s latest joins Best Coast’s “The Only Place” in the recent canon of stoner musical tributes to the Golden State. West Coast mainstay Scoop Deville, who produces, builds the song around an eerie vocal from Long Island “occult pop” group Twin Sister’s “Meet the Brownies” — “smoking weed with you in the leaves in the fall” — that now sounds like it was always meant for this. Lamar, as in his recent torch-passing video selection with Game, applies his deft, flexible rhyming to subject matter that’s a bit more conventionally radio-friendly than on much of last year’s wonderful Section.80 (“Bitch!”). And he’s paired with the more muscular Dre, who shows he can still more than keep up.

According to Dajaz1, the song is the first single from Lamar’s upcoming Aftermath debut, Good Kid in a Mad City, which is scheduled for later this year. Dre reportedly told L.A.’s Power 106 radio station more than a year ago that he wanted to work with Lamar. Now, not only has he, but he’s set up a potentially unforgettable Coachella collaboration. “It’s not my fault / That it’s 82 degrees and my top peeled off,” Lamar triumphantly closes the first of his two emphatically rapped verses. The crowd will go wild.