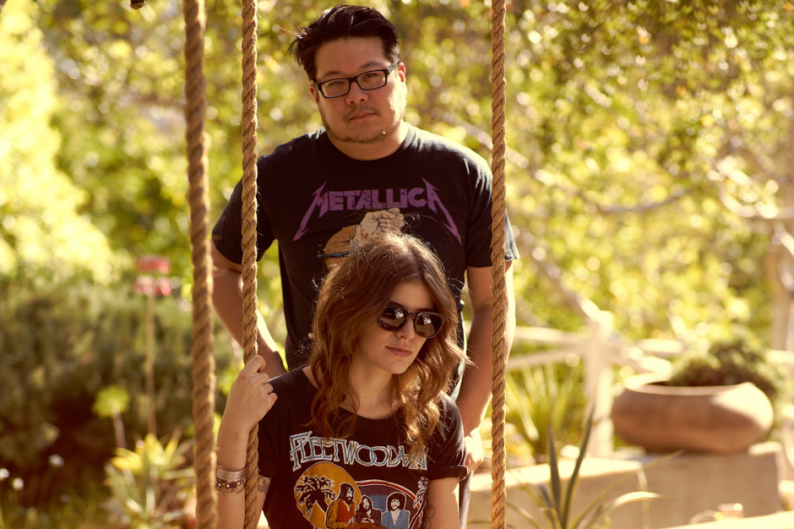 If you lived here, you’d be home now. From Dum Dum Girls to Cults, a recent batch of rising Internet-beloved popsters have been leaving Southern California for New York City, but Best Coast isn’t having any of it. The title track from May 15 album The Only Place, the follow-up to the L.A. band’s 2010 debut Crazy for You, is an unabashed ode to the West Coast that even David Lee Roth or Katy Perry should appreciate. “Why would you live anywhere else?” frontwoman Bethany Cosentino repeats, as she lays on the fun-in-the-sun imagery just too-thick enough.

The first studio recording to emerge from Best Coast’s sophomore LP (via Pitchfork) is as polished as you might expect, adding a slight rockabilly tinge that brings to mind combustible Midwest country-punk Lydia Loveless as an ideal potential tourmate. Still, the tuneful retro-pop foundations remain intact: “We’re gonna make it to the beach in time,” Cosentino exults on the surging bridge, changing up a classic Broadway refrain for those more interested in soaking up rays than exchanging vows. (Can she please do the Dixie Cups next?)

When Best Coast’s early singles started circulating a few years ago, they were at the forefront of a trend toward sunny, beach-inspired music that quickly became a cliché. Other fuzzy pop groups may have long since left the seashore behind, but Cosentino and collaborator Bobb Bruno instead just left behind a lot of the fuzz. Thankfully, though, not all of it. “The Only Place” is another promising, just-different-enough glimpse of the group’s upcoming effort. Proof you can build a solid house on sand.