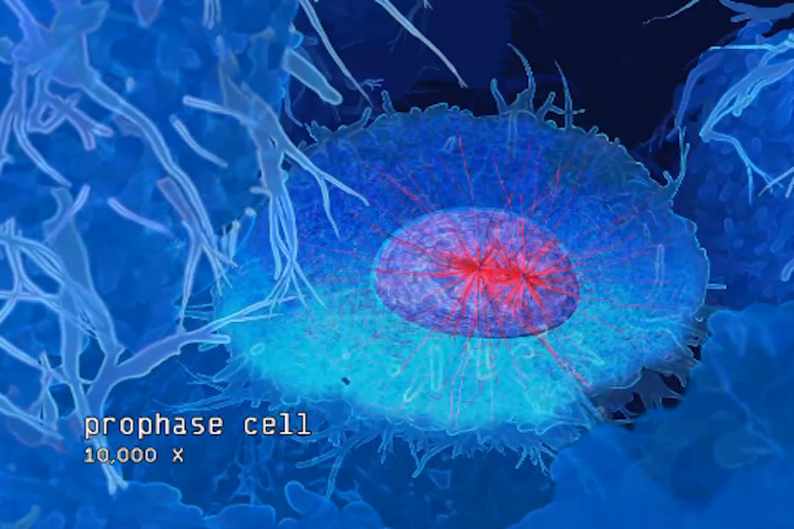 Björk, the ever-restless Icelandic auteur, incorporates education into artistry on her latest album, last year’s app-based Biophilia. She recently held a residency at the New York Hall of Science, including workshops for school kids, and Biophilia’s previous “Thunderbolt” video explores electricity, or at least its effects on hair. The latest video from the album, for the complex and panic-inducing “Hollow,” is a collaboration with biomedical animator Drew Berry that gives a “partly scientific” depiction of the DNA-themed song, according to NPR, who premiered the clip. Björk sings of collapsing into an “abyss” of history via genetics, generation upon generation, and the microscopic 3D modeling of the video is as apt an accompaniment as any for the music’s hair-raising electronic pulses. The twist ending is neat but subtle, so pay attention, class.