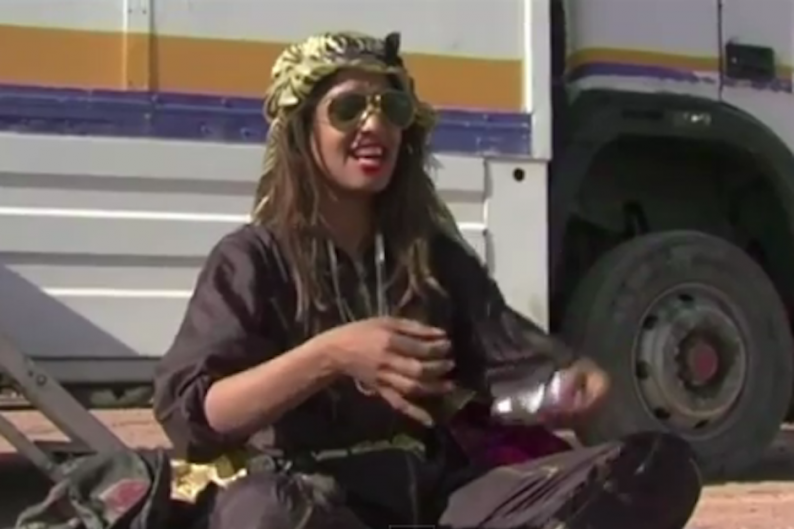 Three months into 2012, M.I.A.’s “Bad Girls” remains the clear frontrunner for best music video of the year, and Vice traveled to Morocco during the shoot for a 13-minute making-of video that explores the genesis of the clip (via M.I.A.’s Twitter). While the video promotes itself as a “Behind the Scenes” look of the “Bad Girls” video, it instead offers a much more fascinating look at the Saudi culture of drifting and donuting as well as how M.I.A. and director Romain Gavras (who also made the controversial “Born Free”) studied Arab iconography for the video. “Bad Girls” also championed the “Women to drive movement” in Saudi Arabia that’s seeking to allow females the right to drive in public in that country.

But the real draw of the behind-the-scenes video is the car tricks themselves. M.I.A. reveals she first discovered this craze on YouTube: Every-day automobiles maneuvering on only their passenger-side wheels while daredevils smoke hookahs and drink tea while sitting on the driver’s door. In short, these stunts make ghost-riding the whip seem amateur. Anyone can run around their car while it slowly crawls forward at a stoplight; it’s an entirely different beast to drag your feet alongside the car at 60 miles per hour. That’s some Indiana Jones shit.