Best Coast Promise to ‘Grow Up,’ Announce Many Tour Dates

Best Coast have finally started talking about their much-anticipated, Jon Brion-produced sophomore album. It’s called The Only Place, it’s slated to drop May 15 (via Mexican Summer), and it’s still repping hard for California via its cover art. Brion’s glossy production style — not to mention recording sessions at Capitol Records Studio B — have likely ironed out a bit of the duo’s well-known fuzz, and Cosentino says the album is about her, finally (finally) “trying really hard to grow up.” 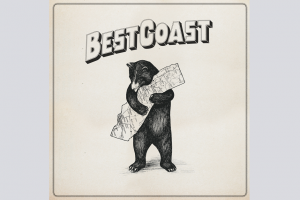 And what’s a lo-fi album without a billion tour dates to go with it? The band has also mapped out a two-and-a-half-month post-SXSW trek across the U.S. and U.K. to support the record. JEFF the Brotherhood will join them in May and June, while Nashville’s equally gritty garage punks Those Darlins will pick up the second leg in July.

Last week Cosentino tweet-announced that her new clothing line, inspired by the bag of thrift-store clothes she drags around on tour, will arrive in Urban Outfitters this May. (Brion, too, has a busy year ahead of him, not only with The Only Place but also, if we’re finally lucky, the release of long-time collaborator and OG problem girl Fiona Apple’s new record.) 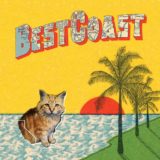 If you can’t catch Best Coast on tour, at least try to check out their set at SPIN’s Austin throwdown on Friday, March 16, at Stubb’s.