This song is all about the strip club, right? 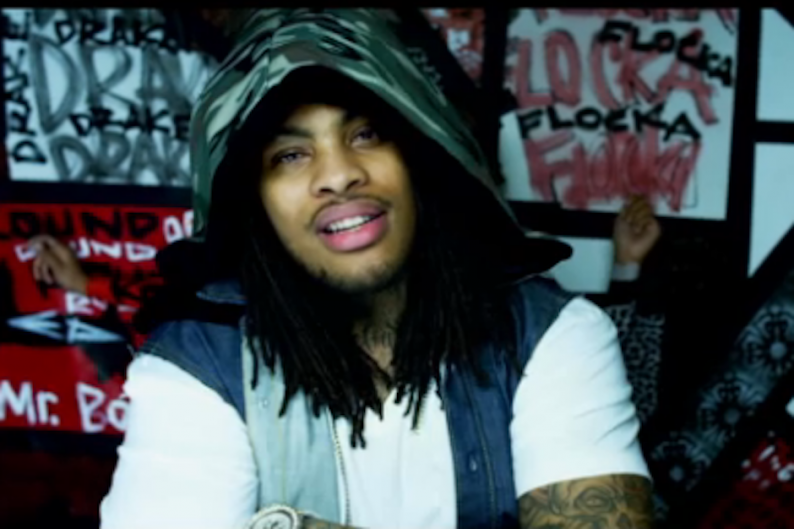 Early last month, Steven Tyler went before the Supreme Court and suggested sometimes better art comes as a result of working within restraints. There’s a “certain charm” in not being dependent on nudity and saying “fuck” all the time, the Aerosmith frontman reportedly said. The new video for Waka Flocka Flame’s Drake-assisted remix to booty-shaking banger “Round of Applause” shows it’s a good thing Tyler only gets to judge minor celebrities’ attempts to compete in TV singing contests.

Did BET’s reported decision to ban Nicki Minaj’s “Stupid Hoe” video have a chilling effect? We’re no experts on the particulars, but our basic grasp of the English language, combined with a general familiarity with hip-hop tropes, would seem to make it clear this Lex Luger-produced track is all about strippers (“Throwing every president except for Nixon on your ass,” Drake raps in the most memorable lyric). And yet this mystifying video (via Dajaz1) does everything it can to pretend it’s not about strippers, beginning with a red-herring cinematic intro and ending with a pointless “To Be Continued” screen.

A previously released trailer only deepens the confusion, if you’re the sort of person who watches trailers for music videos, but hey, at least it’s obviously set where the song is obviously set: a strip club.

The video itself, directed by rap-video veteran Mr. Boomtown, raises more questions than answers. Why are Drake and Waka Flocka rapping in front of women in body paint? Why are bills falling on women who are fully clothed, at least by rap-video standards? What’s with those light bulbs hanging from the ceiling against a red-brick background like ’90s stand-up comedy video? How will that leopard-print-wearing woman’s writhing on a leopard-print floor be continued in this installment’s thrilling conclusion? What the hell happened to the stripper poles from the trailer? We are expecting answers when Waka Flocka’s upcoming sophomore album, Triple F Life, arrives in April.