The Pierces. The Watson Twins. Tegan and Sara. In an international indie scene curiously awash in close-harmonizing sister-folk acts, you can understand why Sweden’s First Aid Kit chose a name — even a name as blandly utilitarian as this one — that sets them apart from the ever-widening post-Carter family. Really, though, Klara and Johanna Söderberg could’ve called themselves the Only Children and there’d still be no denying the centrality of those blood-relation harmonies: Singer-guitarist Klara gets off exactly two verses on The Lion’s Roar before she’s joined by singer-keyboardist Johanna, whose voice sticks steadfastly to her sibling’s for the remainder of this often-gorgeous sophomore album.

And why shouldn’t it? Like John Bonham’s beat or Eddie Van Halen’s guitar, the Söderbergs’ singing is a sound worth building a band around — luscious but haunting, tender but stern, with as much of that flock-of-birds collective-consciousness thing as any of their peers, current or historical. Those tightly braided vocals have served as First Aid Kit’s calling card since 2008, when they uploaded a bare-bones YouTube cover of Fleet Foxes’ “Tiger Mountain Peasant Song” that’s been viewed nearly three million times; the duo’s 2010 debut, The Big Black and the Blue, opened with a minute-long a cappella stretch.

But true to its title, The Lion’s Roar feels even more defined by pure voice: Near the end of “In the Hearts of Men,” for instance, the Söderbergs do away with lyrics, luxuriating in the genetic purity of their wordless la-la-las. And they use “Emmylou” to salute some fellow top-shelf harmonizers, promising, “I’ll be your Emmylou, and I’ll be your June / And you’ll be my Gram and my Johnny, too.” (So much for resisting the Carters.) Atop an easygoing cosmic-country shuffle, these prematurely old souls go on to equate romantic devotion with musical cooperation: “No, I’m not asking much of you / Just sing, little darling, sing with me.”

Interestingly, First Aid Kit traveled halfway around the world — from Stockholm to Omaha — to make a record that emphasizes their homegrown charm. Mike Mogis of Bright Eyes produced The Lion’s Roar at his ARC Studios, where he staffed the sessions with a number of players from Nebraska’s tight-knit Saddle Creek scene, including Ben Brodin and Nate Walcott. (The Söderbergs’ dad, Benkt, came over with them and played bass, which blows for the guy from the Faint.) Mr. Omaha himself, Conor Oberst, even shows up on the album’s closer, “King of the World,” a cheerful, foot-stomping ditty about one day waking up “all alone with a big family and emptiness deep in my bones.” To that the Bright Eyes frontman can’t help appending the kind of vaguely apocalyptic aphorism for which he’s so adored: “If you fall for your reflection,” Oberst warns, “you will drown in a dream.” Duuude. 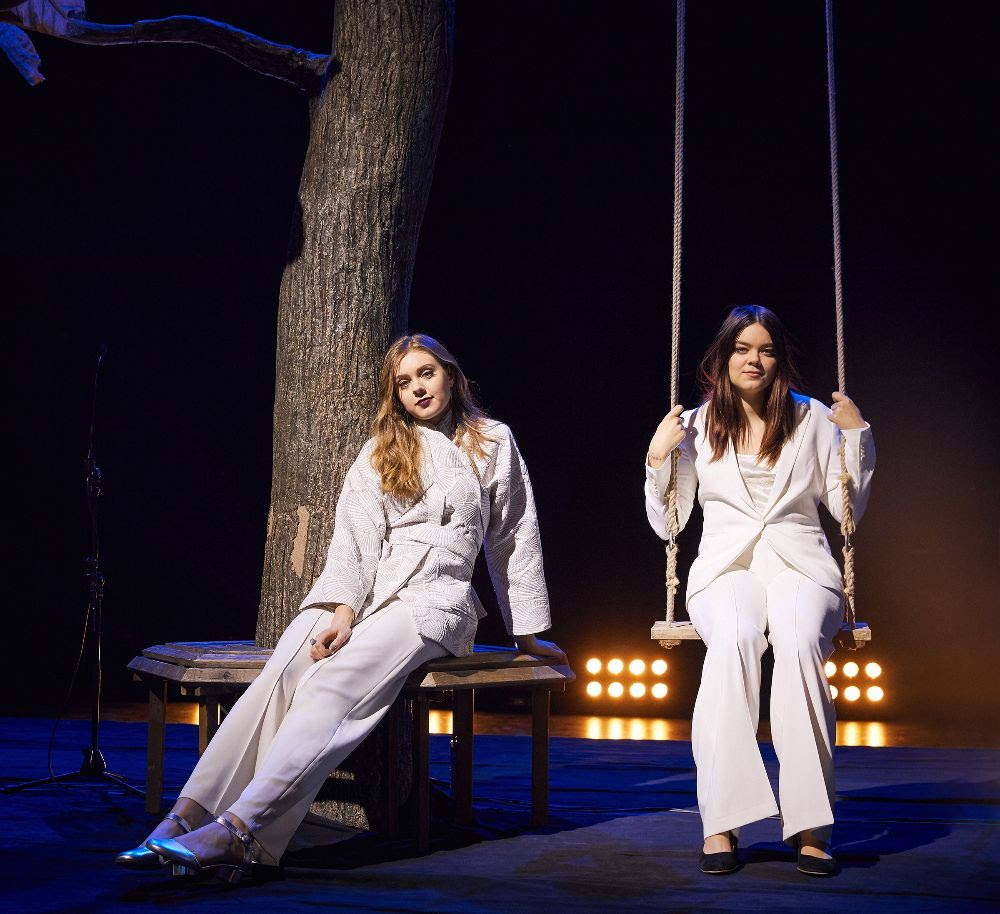 In spite of all the work he throws his pals, Mogis never allows the arrangements to pull focus from the Söderbergs’ vocals. (Compare his restraint to that of Coldplay bassist Guy Berryman, who co-produced the Pierces’ expansive You & I, due out in March.) The closest Mogis gets to ball-hogging here is “Dance to Another Tune,” which with its tolling piano and seasick strings comes on like Lana Del Rey’s “Video Games.” As soon as they open their mouths, though, Klara and Johanna retake center stage, ruminating on how “there’s nothing new under the sun” and “all that will happen has already begun.” Probably, yeah. But First Aid Kit reaffirm those familiar truths beautifully.