Death Cab for Cutie Call Spring Tour ‘One of a Kind’

San Francisco's Magik*Magik Orchestra will back Death Cab, while Youth Lagoon will open the second leg of the tour 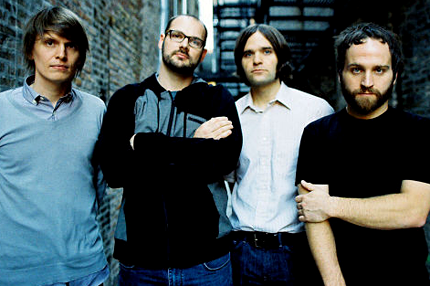 Death Cab for Cutie will be taking a slightly different approach on their upcoming spring tour. The Seattle indie-rock alums have announced a set of dates at small and historic venues, where they will be joined onstage by members of San Francisco’s Magic*Magik Orchestra. Boise’s bedroom-pop phenom Youth Lagoon will open for Death Cab starting on April 27 at New York City’s Beacon Theatre.

Death Cab’s “one of a kind” jaunt follows last year’s Codes and Keys, which after the experimentation of previous album Narrow Stairs finally saw the band sprawling out and feeling at home within itself (and with domesticity). Magik*Magik Orchestra’s previous collaborators include Mike Patton, John Vanderslice,and the Walkmen, and the orchestral group arranged the strings for Codes and Keys. Youth Lagoon’s debut The Year of Hibernation was one of our 50 Best Albums of 2011.

An opening act for the first leg of the upcoming tour will be announced soon, and tickets go on sale to the public on January 27, following a pre-sale to official fan club members starting January 20. Check out a full list of tour dates on Death Cab’s website. Below, watch the video for new Codes and Keys single “Underneath the Sycamore,” as well as a clip of the band playing “Stay Young, Go Dancing” with Magik*Magik Orchestra on VH1 Storytellers. Aw, Zooey: Nothing you can learn on FreeCreditReport.com will replace a lifetime of endless dancing.