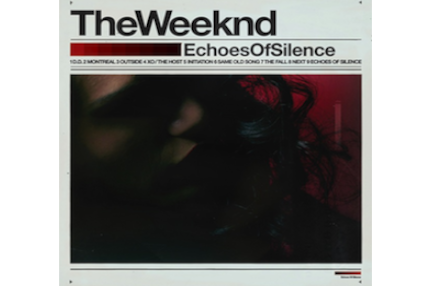 The Weeknd are bad. Not the kind of bad that means good, but creepy-bad — sinister, twisted, and evil. And yet, the art-damaged Canadian R&B lothario has dropped two of the year’s most exciting releases, the free mixtapes House of Balloons and Thursday (which landed collectively at No. 13 on our 50 Best Albums of 2011). Last night, the Weeknd’s Abel Tesfaye posted Echoes of Silence, the third mixtape in his 2011 trilogy, and fittingly enough, it includes a Michael Jackson cover. From Bad!

“D.D.” is the Weekend’s shadowy take on “Dirty Diana,” the rock ballad about a malicious seductress from Jackson’s 1987 album. The subject matter and the source alike are well-suited for the sexually predatory netherworld Tesfaye has created on his mixtapes, and the results don’t disappoint. Despite turning a chart-topping single into an atmospheric electro-R&B oddity, Tesfaye still remembers to sing his guts out, and a disembodied vocal snippet that floats around the speakers even brings to mind Justin Timberlake’s MJ-influenced “Cry Me a River.”

Download Echoes of Silence, which also includes a track produced by fellow leftfield hip-hop up-and-comer Clams Casino, over at the Weeknd’s official website. Listen to “D.D.”: