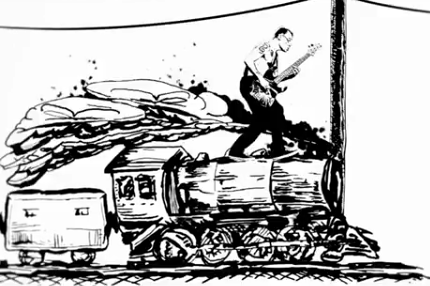 Now they’ve released the second video off, I’m With You, “Monarchy Of Roses,” and it might has well have fallen off the truck at a Vice party. Directed by Mark Klasfeld, the clip is clearly inspired by the artwork of Raymond Pettibon, the California artist whose Black Flag and Minutmen sleeves surely moved the Peps in the early ’80s, but has recently experienced a reappreciation thanks to a slew of new covers (OFF!, Foo Fighters, Crystal Antlers) and gallery exhibits. Also, Flea is wearing glasses!

Considering how killer this video is — including drummer Chad Smith going especially ham on the bridge — we wouldn’t kick these dudes out of our loft party, even if they did write “Hump De Bump.” Watch below!