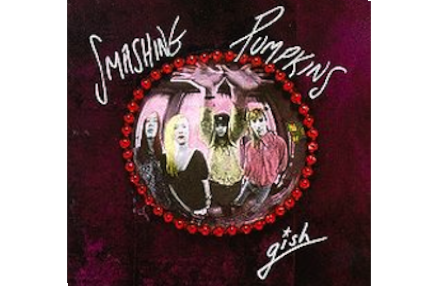 The first of the previously unreleased extras from the Smashing Pumpkins’ upcoming deluxe album reissues have surfaced online, and they don’t disappoint. The Pumpkins will release remastered deluxe versions of their first two — and arguably best — albums, 1991’s Gish and 1993’s Siamese Dream, on November 29, each with an embarrassment of bonus-track riches. Seattle radio station 107.7 The End is streaming four demo versions of classic Pumpkins songs right here. One of the tracks, debut single “I Am One,” hails from Gish; “Today,” “Rocket,” and “Disarm”, of course, all ended up on Siamese Dream. There’s a reason some of these tracks needed the Butch Vig production treatment — the shaky vocals on “Today (Broadway Rehearsal Demo)” are definitely rehearsal-quality — but “Disarm (Acoustic Mix),” in particular, feels like a gorgeous addition to the SP canon.

In other Smashing Pumpkins-related developments, SP fan blog Hipsters United reports that the Pumpkins are apparently looking for new management. Remarks frontman Billy Corgan reportedly made to another blog that follows SP, Crestfallen, suggest that the search for new management and then a new label help explain why new album Oceania has been postponed until a tentative March 2012 release date. “We are just now choosing new management, and once we do I anticipate by the end of November we’ll know what label is going to put [Oceania] out,” he’s quoted as saying. “So March is the realistic release window with the way that side works.”Separately, Corgan has confirmed that he was just “playing around” in a recent video that appeared to show him madly swallowing pills. “Haven’t taken drugz in over 10 years thank you,” he said in a tweet. “Smiles all around…”