MC goes in against titans of finance on first previously unreleased taste of 'Lioness: Hidden Treasures' 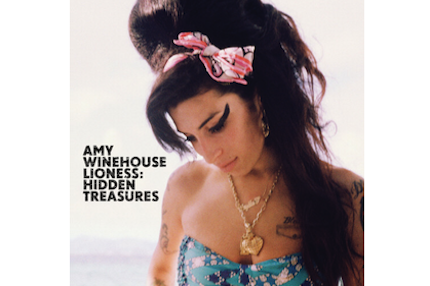 Nas and Amy Winehouse went way back. “She was like a little sister to me,” the rapper told BET’s 106 & Park after the pop singer’s tragic death in July. As previously reported, the two teamed up for a collaborative track, titled “Like Smoke,” that will appear on Winehouse’s posthumous third album, Amy Winehouse Lioness: Hidden Treasures, due out on December 6 — the one with the album cover shot by Bryan Adams. New York radio station Hot 97 got their hands on the cut, produced by frequent Winehouse cohort Salaam Remi, and it’s unsurprisingly jazzy, laid-back retro-soul, rotating between Winehouse’s appropriately smoky chorus of hard-hearted regret and Nas’s slightly heavy-handed rhymes.

What’s most intriguing, perhaps, is the fact that although this duet between Winehouse and the rapper she name-dropped on Back to Black’s “Me & Mr. Jones” was recorded as long ago as May 2008 — months before the collapse of Lehman Brothers sent the financial crisis into high gear, and more than three years before Occupy Wall Street — Nas’s lyrics somewhat predict the gripes of today’s anti-corporate protesters. “She wouldn’t protest with me at Wall Street,” he complains, after rhyming “IEG” with “bourgeoisie.” Would it be too early on a Thursday to pass the Tanqueray?