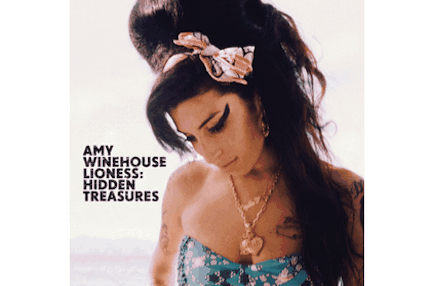 In 2007, rocker-turned-photographer Adams shot Winehouse for Hear the World, a nonprofit that raises awareness about hearing impairment. According to his website, he has also photographed Winehouse for a Fred Perry campaign and stories in Harper’s Bazaar, ID, and Zoo magazines.

When Winehouse died on July 23, the Montreal Gazette traced her “unlikely friendship” with the Canadian musician, who reportedly let Winehouse stay in his Caribbean home during a tumultuous period of her life and wrote her a song called “Flower Grown Wild.” At the time, Adams didn’t want to talk about his bond with the British star, telling the Telegraph in 2008, “I don’t even know, truthfully, how anybody knows I know her — other than the fact I photographed her. I don’t really want to talk about it. Because it’s her business. You know what I mean?’ “

Adams has also done sessions with Karen Elson, Jared Leto, Arcade Fire, Chickenfoot, and Tommy Lee. He’s currently on tour in the States for a few more days before heading to the U.K. for a string of concerts.