First Spin: Dashboard Confessional’s Cover of R.E.M.’s ‘End of the World as We Know It’ 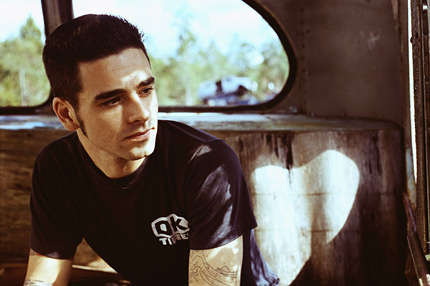 On November 17, Dashboard Confessional leader Chris Carrabba will release Covered in the Flood, his first record under his own name and one comprised solely of covers of songs by bands including Big Star, the Replacements, and Archers of Loaf. SPIN is debuting his sumptuous, slow-talking, sometimes spectral take on R.E.M.’s 1987 landmark single “It’s the End Of the World as We Know It (And I Feel Fine).” But note that this is not the first time that Carrabba has taken a crack at the R.E.M. songbook — way back in the 2004, you may remember the Floridian singer-songwriter’s contribution to MTV2s short-lived “Album Covers” series, in which he Dashboard-i-fied a slew of songs from Automatic for the People in front of a television audience at Arlene’s Grocery in New York. That night he also invited Michael Stipe onstage to have a go at DC staple “Hands Down.” It’s aged pretty well!

Oh also, the release of Covered in the Flood is set to in coincide with Carrabba’s forthcoming solo acoustic tour, dates for which are also below.