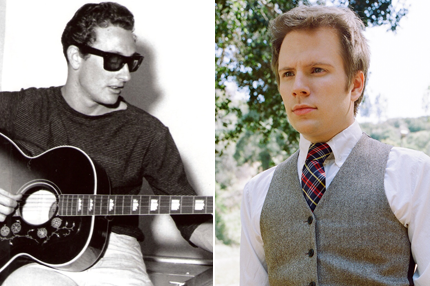 To celebrate what would have been Buddy Holly’s 75th birthday next month, Patrick Stump, Zooey Deschanel, Cobra Starship, Jackson Browne, Brian Wilson, Stevie Nicks, Ringo Starr, and others have contributed covers of the rock pioneer’s songs to the tribute LP Listen to Me: Buddy Holly (out Sept. 6).Listen to Stump’s version of “Everyday” below, exclusively on SPIN.com.

Stump beefs up the original recording, from Holly’s self-titled 1958 album, with xylophone, soaring strings, and gospel-style female backing vocals. And Stump’s high-pitched pipes lend themselves well to the material.