"I wish we wouldn't put that fucking movie out," Hawkins says of revealing movie Back and Forth. 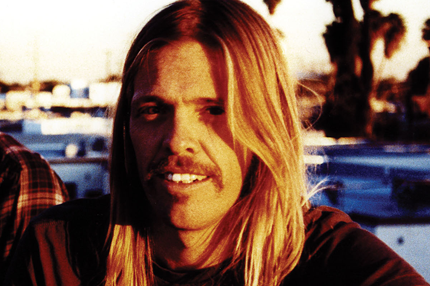 In their new documentary Back and Forth, which premiered last night in select theaters across the country, the Foo Fighters offer a no-holds-barred look at the band’s 16-year history, from the days of Grohl recording early Foos demos while in Nirvana up through the making of their new album Wasting Light. But not every band member is pleased with the final result: drummer Taylor Hawkins says he wishes the movie was never made in the first place.

“I wish we wouldn’t put that fucking movie out,” Hawkins told the NME, “Because I’m not really comfortable with the public sort of openness, I’m really not.”

He has a point: Back and Forth goes into thorough detail about the drummer’s debilitating drug addiction, which led to a near-fatal overdose in August 2002, as well as the band’s tumultuous period leading up to the recording of One by One. (Revisit SPIN’s 2002 cover story about the Foo Fighters, where Grohl opens up about the band’s troubles.) “We almost broke up and I almost died and all those crazy things have happened,” Hawkins said this week.

Still, Hawkins understands that all rock documentaries need a compelling story arc in order to hold a viewer’s attention. “If [people are] gonna watch a fucking movie about you, they don’t just want some guys sitting around and going, ‘Ooh, it was really great and then we were all so happy and then we played this show and things just got better and we made a lot of money,'” he said. “That would be boring and unrealistic.”

WATCH: Foo Fighters’ Back and Forth Trailer