EXCLUSIVE: In the Studio With Fleet Foxes 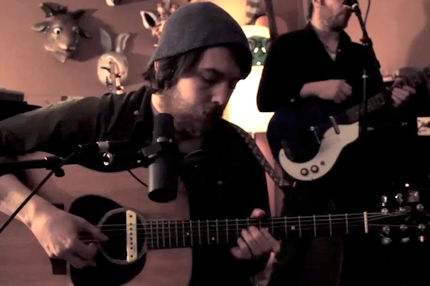 For Fleet Foxes’ Robin Pecknold, being in the music biz is a family affair, with his older sister, Aja, serving as band manager, and his older brother Sean shooting many of the group’s videos. So when SPIN ventured to Seattle for our May cover story on the Foxes, we asked Sean Pecknold to craft a video element to accompany the piece.

What he delivered is an intimate look inside the Fleet Foxes’ studio as they put together their excellent new album, Helplessness Blues. It’s intimate for good reason: Sean, who has also directed videos for Beach House (“Used to Be”) and Grizzly Bear (“While You Wait for the Others”), has been watching his brother perform since they were kids running around the house, singing songs from musicals to impress their cousins.

Videos like this one originally appear each month in SPIN Play, our iPad app for music discovery. Get more info.