WATCH: The Cars Are Back! 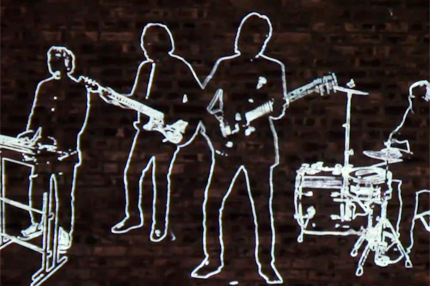 The Cars — who, in the early ’80s, spawned some of the most edgy pop-rock around, with hits like “Just What I Needed,” “You Might Think,” and “Drive” — are back with their first album since 1987! It’s called Move Like This, and it’s out May 10. Watch the video for “Blue Tip” below!

Quite awesomely, the song is vintage Cars with Atari-era keyboard blips, a super catchy chorus that’s laced with organ swells and perky beats, plus frontman Ric Ocasek’s trademark speak-sung vocals. That’s to say, it sounds like any number of Brooklyn bands who’ve mined the Cars’ music for inspiration over the past decade.

The video is similarly reminiscent of the band’s heyday, with cheeky graphics, Ocasek depicted as a silhouette, and cutaways to a graffiti artist painting a mural of the band on an urban wall.

Also worth noting: This isn’t some cobbled together reunion with hired guns backing Ocasek. The lineup features all four surviving original members (bassist and singer Benjamin Orr died in 2000).