EXCLUSIVE: Jenny and Johnny Walk the Dark Side 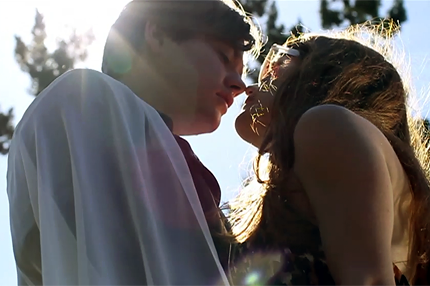 Even the cutest of indie rock couples have a dark side.

That’s the relationship news from Los Angeles lovebirds Jenny Lewis and Johnathan Rice, aka Jenny and Johnny, in their music video for “Big Wave,” a pop jam from their 2010 debut I’m Having Fun Now. Watch below, exclusively on SPIN.

In the video — directed by renowned photographer Autumn de Wilde — the couple are up to all sorts of adorableness: they slow dance, cuddle, blow each other kisses, and tour their hometown in their vintage station wagon.

But then Lewis’ dark lyrics come to life. Blood drips down a woman’s back, and an evil serpent makes a few cameos. It only gets worse from there….

Meanwhile, J&J are currently on tour in Australia, but have a few U.S. dates scheduled for April, including Coachella. Check ‘em out below.

Jenny Lewis On Ryan Adams’ Allegations: “I Stand in Solidarity With the Women Who Have Come Forward”