The British goth-pop singer lends a shadowy sensuality to the '80s hit. 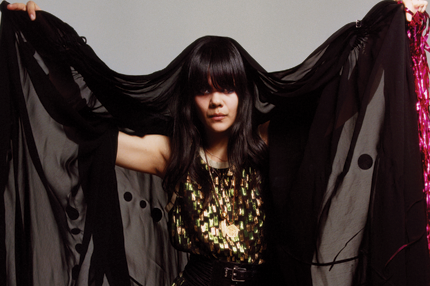 It’s been two years since we’ve heard from cosmic British singer-songwriter Bat for Lashes, a.k.a. Natasha Khan, whose sophomore album, Two Suns, landed in the No. 6 spot on SPIN’s list of the best albums of 2009. But now she’s back with a cover of Depeche Mode’s “Strangelove” to promote Gucci’s new fragrance, “Guilty.” Listen below — and download the track here!

Her version maintains the original’s shimmery melody, but Khan’s vocal transforms the 1987 hit into something all her own. Her atmospheric sound — especially the pulsing-heart synths — lends the track a hypnotic quality. Gucci Creative Director Frida Giannini explains why she picked Khan for the project. “Natasha’s voice is bewitching and her music is dark yet fascinating.”

Khan is currently working on her third full-length LP now. What do you think of her take on “Strangelove”? Sound off in the comments below.