Chris Martin and Co. are joined by friends, family, and Elvis for a performance of holiday-themed single. 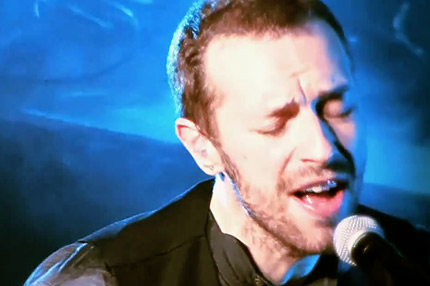 Coldplay got into the giving spirit of the holidays over the weekend at a charity concert in Liverpool, helping to raise funds for a new homeless center in the British city. There, the band performed their new single, “Christmas Lights,” for the first time — watch the video below.

It was the closing number of Coldplay’s set at the Liverpool Royal Court, and Chris Martin and Co. were joined onstage by Gary Barlow from British pop act Take That, plus Martin’s dad, dressed in an Elvis costume (which isn’t entirely weird, as the song’s lyrics reference the King).

Enjoy the performance below, and click here to find out more about Crisis, the beneficiary of the Liverpool gig.