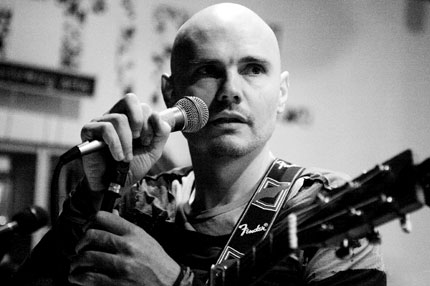 Billy Corgan is back in the news — and this time it’s not for dissing Pavement frontman Stephen Malkmus. “Tom Tom,” a new Smashing Pumpkins song from the band’s massive 44-track project Teargarden By Kaleidyscope has leaked online. Listen below!

The song was scheduled to drop Tuesday, November 22, but an unidentified culprit posted it to YouTube first. But that doesn’t mean Corgan is pissed off. The Pumpkins promoted the track on their official Twitter page, while Kerry Brown, Teargarden By Kaleidyscope’s producer, took to his blog to do the same.

You can listen to other Teargarden tracks here.

What do you think of “Tom Tom”? Tell us in the comment section.