Rapper reveals he cut new song with singer for her forthcoming album. 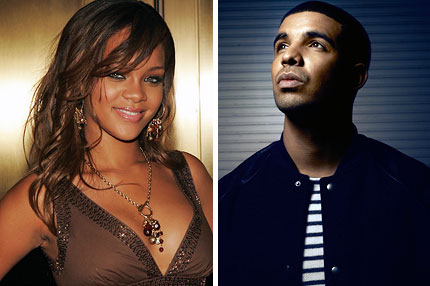 Details are scant about Rihanna’s upcoming album Loud but one thing is certain: Drake will be a collaborator on the disc. The rapper has revealed that the two have cut a track together for the record. “I just did this great song,” Drake told MTV. “I don’t know if I’m supposed to talk about it. I just did this great song with Rihanna; hopefully we can do a video for it. I’m really excited about that.”

While Drake may hope to cut a video with the Barbadian babe, Rihanna has already begun filming clips for other songs on the record. The singer recently Tweeted a revealing picture of her on the set for “Only Girl (In the World),” which shows her sporting a bikini and surrounded on a hillside by giant inflatable balloons.

Anticipation is hot for Rihanna’s new album. “Only Girl” has rocketed up the Billboard Hot 100 chart in just two weeks, jumping from No. 75 to No. 3.