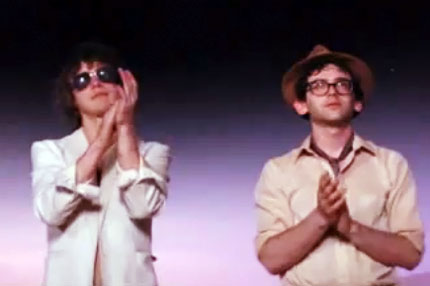 MGMT continue to push the artistic envelope with the videos from this year’s Congratulations, including the just-released clip for the album’s title track-watch it below.

In the video, Andrew VanWyngarden and Ben Goldwasser wander the desert with a skinless, chicken-like puppet who’s simply falling apart. Literally. One limb and body part at a time. In the midst of this crisis, VanWyngarden strokes the poor beast’s head while Goldwasser strums an acoustic guitar by the campfire.

We couldn’t help but think of the 1982 Jim Henson flick, The Dark Crystal, when we met MGMT’s doomed, clucky pal-he’s a benevolent version of that movie’s Skeksis creatures.

What do you think of MGMT’s new video? Watch it and sound off in the comments below.