Robyn and Kelis Launch ‘All Hearts’ Tour in L.A.

All that was missing from Robyn’s set Friday at the opening night of the “All Hearts” tour at Los Angeles’ Music Box theater was a giant disco ball.

Everything else was in place: footloose fans who arrived early for Englishman Dan Black’s good-humored set and stayed in motion during Far East Movement’s DJ stylings; a slick light show that was certainly not for the faint-of-strobe; and a critically anointed electro queen who frolicked all over stage as if riding the sheen of her synth-pop veneer.

Robyn, 31, equal parts Debbie Harry austere, Cyndi Lauper whimsical, and Nina Persson sweet, seemed perfectly comfortable in her dancing shoes, delivering six of the eight songs on her latest album Body Talk PT 1 in a well-paced set that was light on banter and heavy on beats.

The same could not be said, however, for “All Hearts” co-headliner Kelis, whose new album Flesh Tone recasts the “Milkshake” dispenser as a house music diva and who, at the outset, copped to being in unfamiliar territory. 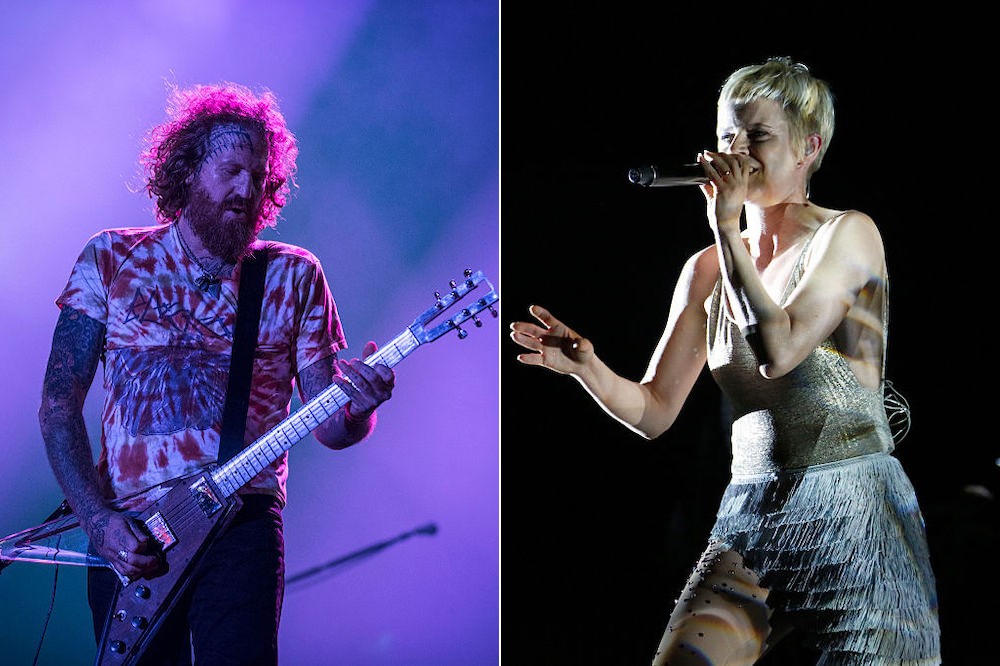 Adorned in a pom-pom-like silver wig and an equally sparklysleeveless and backless purple pantsuit, Kelis told the full house one song into her set: “If you feel like being generally critical, you should go.”

Nobody did, and for 40 minutes the two-time Grammy nominee – flanked by two laptop-packing turntablists and backed by a live drummer – basically sang over a DJ set. The early results were hardly as bright as the oversized, illuminated flowers that decorated the stage, and at one screeching point Kelis must have realized how impossible it is being a disco deity when the ghosts in the machines don’t obey.

She quickly dispatched her hit – conjoining it to Madonna’s “Holiday” – but its charm was largely lost in the re-fabrication.

But by the time Kelis delivered her latest single, “4th of July (Fireworks),” the 30-year-old singer and the DJs and the sound system were in sync, and the crowd was bouncing. Fans showered her with adulation during new songs “Scream” and “Emancipate,” and she showered them with confetti during “Acapella.”

In contrast, Robyn’s stage show was less ostentatious, except for an grandiose entrance to computerized voice counting down as if to the launch of a spaceship, which segued, appropriately, into “Fembot. “Plug me in / And flip some switches,” she sang on that one, and it was obvious from the beginning that her “CPU” was working fine.

Robyn’s white-clad band of two drummers on the flanks and two keyboardists in the rear delivered precise beats and searing synths as the blonde singer relentlessly soared through her personas – the outsider on “Who’s that Girl” and the new “Dancing on My Own,” the stubborn individualist on “Don’t Tell Me What to Fucking Do,” and the lovestruck admirer on “Show Me Love.”

The latter tune certainly rang with more poignancy than it did some 14 years ago when a teen pop singer from Sweden beseeched her objet d’affection to “let me in and show me love.” On Friday, Robyn had no problem scoring with the Music Box crowd.

kelis, Robyn, We Were There